AppleInsider
Posted: January 30, 2020 2:44PM
in General Discussion
Both UWB chip supplier Decawave and microwave communications firm Custom MMC, have been acquired by Qorvo, a semiconductor firm company that supplies Apple with processors for the iPhone. 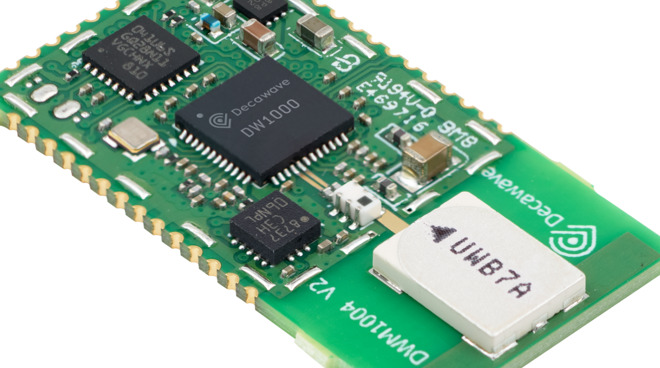 Irish firm Decawave has been bought by Apple supplier Qorvo for its ultra-wideband wireless technology in a deal believed to be worth $400 million. Qorvo has also spent around $100 million acquiring Custom MMIC, a manufacturer that specializes in microwave RF communications technologies.

Qorvo currently makes RF semiconductors and according to The Irish Times, earns around a third of its annual revenue from supplying Apple.

Decawave is a Dublin-based company that works chiefly on ultra-wideband wireless technology which is a low-power but highly-accurate system for locating objects. Apple introduced a dedicated UWB processor called the U1 in the iPhone 11, iPhone 11 Pro and iPhone 11 Pro Max.

Apple announced it as being used for AirDrop, but it's expected that it will give iPhones the ability to determine the orientation and motion of a device, too. It's speculated that UWB and the U1 chip may also provide keyless access to the rumored Apple Car.

The U1 chip has already caused some controversy, however, as Apple's implementation was revealed to be using location data.

Qorvo's other acquisition, Custom MMIC does not appear to be generally known for supplying components for consumer devices. Instead, it's a supplier for the aerospace industry and the military.