AppleInsider
Posted: February 11, 2020 7:13PM
in General Discussion edited February 2020
Samsung has announced an update to its iOS-compatible AirPods competitor during Tuesday's Samsung Unpacked event, and calls it the Galaxy Buds+. 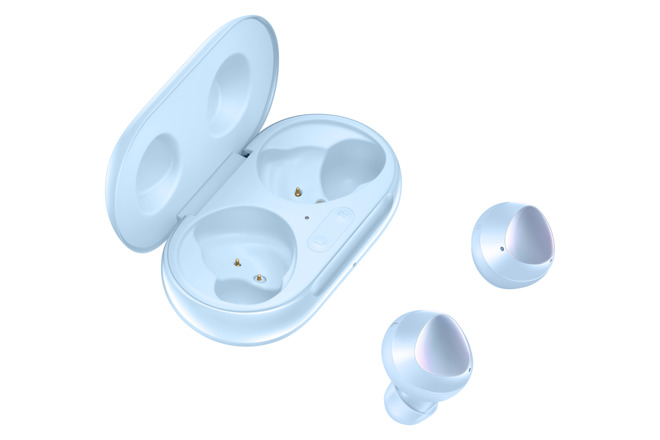 The new update includes new colors, better battery life, and improved audio. An added iOS app to control the earpieces was also announced, which will include features like an equalizer for the earbuds, something that was exclusive to android phones last generation.

The design appears identical to the previous version, with blue and red colors replacing yellow and silver. The changeable ear tips make a welcome return, since the AirPods at this price point are still one-size-fits-all.

A two speaker system with woofer and tweeter will improve overall audio quality, and since they are in ear buds, there should be sufficient audio isolation when listening. 5 hours For iOS users, the decision is complicated by AirPods, and the ecosystem perks they bring. From AppleInsider's review we liked the audio quality and charging experience better on the Galaxy Buds. But now that AirPods have their own wireless charging case, its a tougher compare. 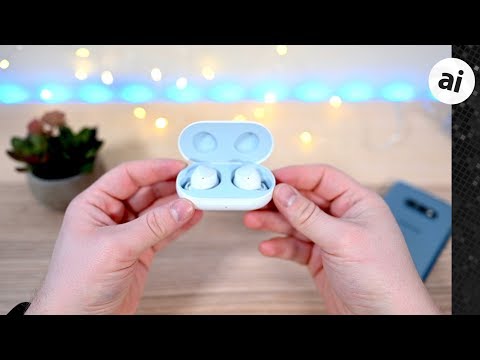 If you do not care about iCloud synced pairing or Apple's proprietary Audio Sharing, then the Galaxy Buds+ look to be a good alternative. Although if you want true ANC in an earbud, you'll have to spring for the much more expensive AirPods Pro.

The Samsung Galaxy Buds+ will launch on March 6 for $149.