AppleInsider
Posted: February 13, 2020 12:59PM
in General Discussion edited February 2020
Apple wants to expand the abilities of HomeKit by making it possible for devices to communicate with wall outlets, units which could potentially track the location of other HomeKit hardware, as well as potentially simplify the configuration of new HomeKit devices with others. 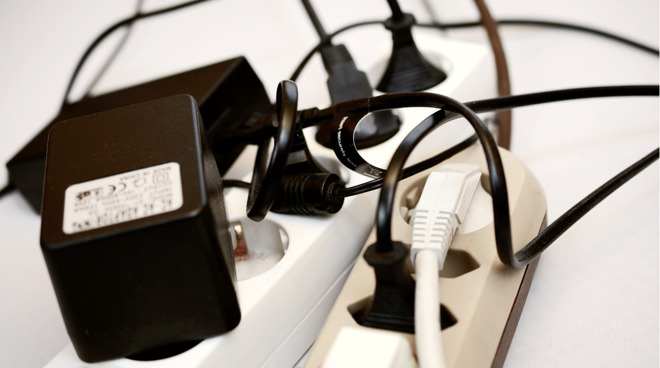 Apple's smart home platform HomeKit does already include some capabilities relating to whether the user is in the home or not, but it can only use geolocational awareness in a relatively simple way. The system can tell whether the user's home or away, which could allow for automated changes in heating or lighting, but it doesn't work at a room-to-room level.

If it were possible to track the user's location to that accuracy, it could also be feasible to keep tabs on where HomeKit-connected objects are located, and in turn allow more portable items to change location to different HomeKit room assignments.

In the patent application published by the US Patent and Trademark Office on Thursday titled "Object Tracking and Authentication using Modular Wall Units," Apple proposes taking advantage of the many different wall sockets, outlets, and switches that are installed into homes and offices around the world to assist with detecting devices nearby. 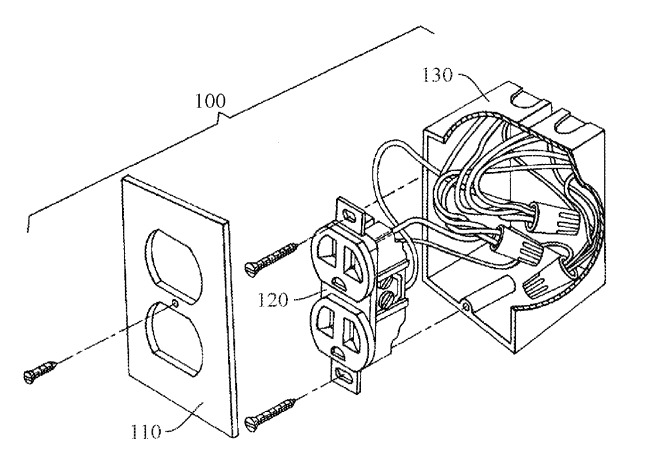 The idea is that devices can communicate with radios and other sensors in outlets, which in turn communicate the details to a central system. By monitoring the messages in a variety of different ways, its position could be accurately determined.

Suggestions include measuring threshold changes for communications from the device and multiple nearby outlets to triangulate its placement, monitoring the time-of-flight for sent or received messaging, and even the angle of signal arrival.

This detection is not only limited to devices, as the application proposes the signals could be used to detect other nearby items based on the amount of distortion or frequency content of distortion in data. This can even be for inanimate objects, like furniture or a wall, which can affect communications for multiple devices at a time. 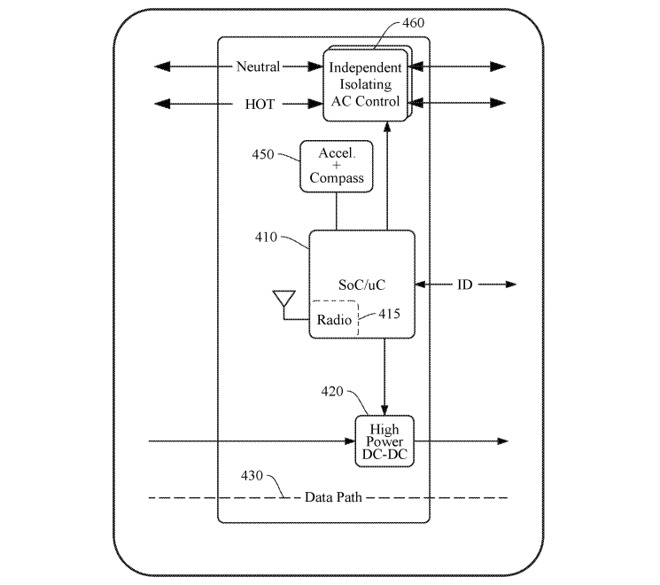 An illustration giving a general idea of each module's internals

In terms of how the units are constructed, Apple suggests they could look like regular wall outlets and switches, with the communications hardware hidden behind the front plate. While normal radio communications can be used, Apple also proposes the use of a millimeter wave sensor system to scan for detected objects. The use of Ultra-Wideband is also a possibility, along with radar and ultrasound to determine distances and location, along with magnetometers, accelerometers, and multiple antennas to find the unit's own position in space.

By determining a unit's location, and in concert with other units and the detection of devices, the system has the potential to draw out a plan for the building in 3D space. The system could even automatically authenticate and configure nearby devices, approving or denying connections to a network or power depending on the hardware.

This is not the first time Apple has proposed the use of outlets for such a concept. A patent application from September 2019 for a "Modular Wall Unit System" used a similar combination of wall outlets and communications modules to locate the user's communication device position and to issue HomeKit commands to nearby devices, though in that version Apple suggests the use of Ultra Wideband radio, which it has started to use in the iPhone 11 and iPhone 11 Pro family of devices.

In the case of the iPhones, the use of the U1 Ultra Wideband chip is being used to identify nearby AirDrop recipients, with its direction and range estimation capabilities potentially more accurate than other wireless technologies, such as Bluetooth .

Apple files numerous patent applications on a weekly basis, but while it demonstrates areas of interest for the iPhone producer, it isn't a guarantee future products and services will use the concepts at all.