AppleInsider
Posted: February 26, 2020 1:13AM
in iPhone edited February 2020
Apple's iPhone XR dominated the global smartphone market in 2019, according to new data from Omdia, with shipments of the year-old smartphone, followed closely by the current iPhone 11 that started shipping in September. 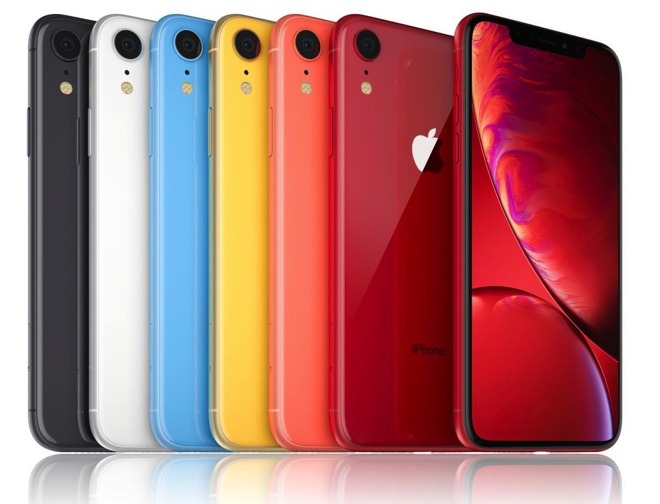 Samsung followed Apple by taking third through fifth place with the Galaxy A10, Galaxy A50 and Galaxy A20, which enjoyed respective shipments of 30.3 million, 24.2 million and 19.2 million units. Apple's high-end iPhone 11 Pro Max eked out 17.6 million shipments in the last quarter of 2019 to take sixth place, slightly ahead of 17.4 million units shipped metric notched by iPhone 8. The iPhone 11 Pro sat in ninth place with 15.5 million units shipped, according to Omdia.

"Apple has consistently owned the first and second positions in the global smartphone model shipment ranking, with the company maintaining this dominant position for more than five years running," said Jusy Hong, smartphone research and analysis director at Omdia. "By limiting the number of models it offers compared to its top competitors, Apple has been able to concentrate its sales on a few smartphones that have broad appeal, like the iPhone XR."

The analytics firm notes overall iPhone shipments declined for the second time in as many years, dipping 4.6% in 2019. That figure is an improvement over 2018, however, which suffered a 5.1% year-over-year decline.

Omdia is a relatively new analytics firm formed from the merger of the research division of Informa Tech and acquired IHS Markit technology research assets.

A report from Counterpoint Research in February found iPhone XR helped Apple's iPhone become the fastest growing premium smartphone brand in India over the course of 2019. The boost was largely attributed to the buildout of local manufacturing, which helped Apple meet sourcing requirements and in turn push down prices on devices like iPhone XR.

Launched as an affordable option to iPhone XS and XS Max in 2018, iPhone XR enjoyed early praise as a viable alternative to Apple's flagship handsets. While it lacked an OLED screen with 3D Touch, second rear-facing camera and high water resistance rating, iPhone XR offered a nearly identical experience to the XS, but at a significantly lower price point.