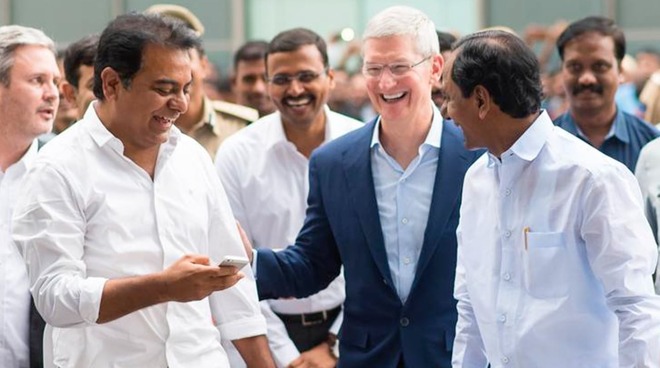 Speaking to investors at the annual shareholder meeting at Apple Park on Wednesday, Cook answered a question from a shareholder about its India retail strategy. In response, Cook confirmed it will be opening its first physical retail outlet in the country in 2021.

Cook offered a further reason for opening up its own outlet, suggesting "I don't want somebody else to run the brand for us."

So far, Apple has had to rely on a network of third-party resellers to sell its iPhones in the country, without any first-party representation. Government restrictions over stores owned by non-Indian firms have caused problems with Apple's creation of an outlet, forcing the retail partnerships.

"We wouldn't be a very good partner in retail," Cook said in response to a question about India. "We like to do things our way."

The Indian government has been loosening its local-sourcing requirements, which are a prerequisite for international firms like Apple to do business directly in the country. One major rule change in Apple's favor is allowing exports to count towards the 30% local sourcing rule, which covers any iPhones or other products locally-produced by Foxconn or Wistron in the country and exported to other territories.

In October, it was reported Apple had leased a location between 20,000 and 25,000 square feet in Mumbai's Maker Maxity mall, spread over three floors. One floor is rumored to be an experience center, a second would be dedicated to retailing, and a third for the service center.

Apple is also anticipated to start online sales in India in late 2020.