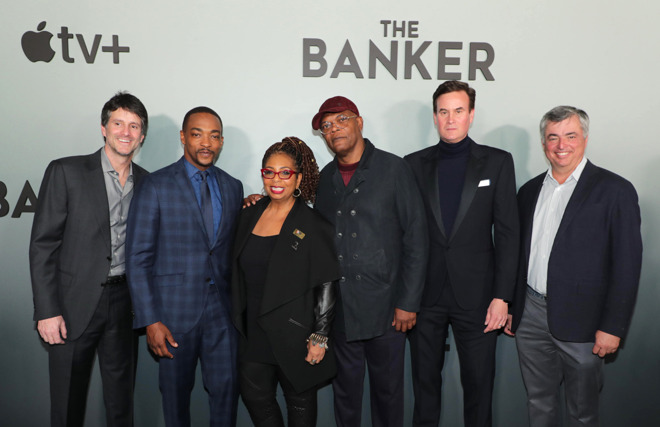 The premiere brought in big stars like Anthony Mackie and Samuel L. Jackson, who met with community leaders and educators for the event. Also in attendance was Jame Erlicht and Zach Van Amburg, Apple's heads of Worldwide Video, as well as Apple's senior vice president of Internet Software and Services, Eddy Cue.

The film is based off of the true story of two African American businessmen who hired a working-class white man to pretend to be the head of their business empire. At the same time, the pair posed as a janitor and chauffeur.

The film premiere hosted big name celebrities such as Samuel L. Jackson, Anthony Mackie, and Nicholas Hoult. The film is directed by George Nolfi ("The Adjustment Bureau"), and is produced by Joe Viertel.

It is written by Niceole Levy, George Nolfi, David Lewis Smith and Stan Younger, and based off a story written by Brad Kane.

Apple had originally planned on giving the film a December 6 debut, but had delayed the release after allegations of sexual abuse and inaccuracy. Now, Apple will give "The Banker" its theatrical release on March 6, and release to Apple TV+ on March 20.