AppleInsider
Posted: March 4, 2020 1:11AM
in General Discussion edited March 2020
Apple this week updated a regional website covering retail operations in Italy, notifying customers that one store in the province of Bergamo will be closed due to ongoing COVID-19 concerns. 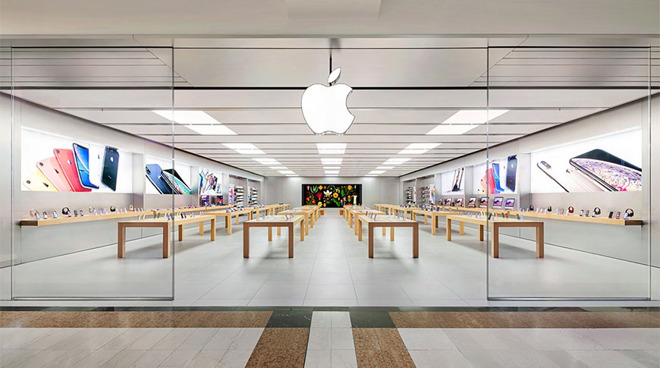 Apple Oriocenter will close this weekend to prevent the spread of COVID-19.

Apple is set to shutter a single mall location, Apple Oriocenter, on March 7 and 8 on orders from the Italian government.

As demanded by a decree of the President of the Council of Ministers issued last week, all medium and large retail stores, as well as commercial establishments within shopping centers, in the provinces of Bergamo, Lodi, Piacenza and Cremona are to close on Saturday and Sunday to prevent spread of the new coronavirus. Similar measures were established for other provinces and territories.

AppleInsider was informed of the upcoming Apple store closure by Twitter account "setteBIT," which in late February posted tweets detailing identical weekend closures at Apple il Leone, Apple Fiordaliso and Apple Carosello on Feb. 29 and March 1. Like the halt to business in Bergamo, last weekend's closures appear to be a direct result of government intervention. Further, Today At Apple sessions in select stores are on hold until March 8.

While not as severe as safeguards instituted in China, the limited shutdown in Italy could presage more drastic action if the virus continues to propagate in that country.

Italy, among the hardest hit by the virus, on Tuesday saw its death toll climb to 79 people, surpassing Iran for the most fatalities outside of China, Al Jazeera reports. According to The WHO, more than 92,000 cases of COVID-19 have been confirmed worldwide, with the virus resulting in 3,110 deaths.

Perhaps not coincidentally, Apple earlier today sent a memo to employees outlining new policies regarding travel to Italy and South Korea. Similar to previous restrictions relating to China, the company is limiting movement into and out of the regions, as employees must garner approval from a company vice president before departing.

Despite early promises that it was ready to deal with the developing situation, Apple is feeling the effects of the coronavirus epidemic and in February shut down all corporate and retail operations in the China. While workers have returned to offices and call centers, some retail locations remain closed.

Apple's manufacturing partners in China were also impacted by fallout from the rapidly spreading virus, resulting in plant closures that temporarily constrained global iPhone supply. As such, Apple last month revised down revenue guidance for the current quarter.
Sign In or Register to comment.