Prolific anime director profiled in new 'Behind the Mac' video

AppleInsider
Posted: March 5, 2020 3:57PM
in Current Mac Hardware
Apple has continued its 'Behind the Mac' campaign in Japan by sticking with its current focus on animation, publishing a new video featuring Japanese animator, film-maker, and director of anime film 'Your Name' Makoto Shinkai. 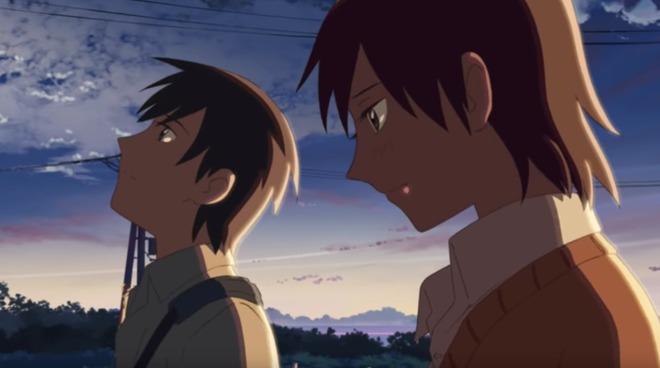 Made available to view on the Apple Japan YouTube channel on Thursday, the profile of Makoto Shinkai explores the manga artist and animator's life, his living in Nagano prefecture, and the challenge of capturing the look and feel of a place that changes rapidly over time.

The video then turns towards Makoto's experience with the Mac, which he was introduced to as part of his work. By taking advantage of the Mac's capabilities for image editing and audio, Makoto created an animated storyboard for one of his earlier animations, which was then turned into a full production, demonstrating the flexibility of Mac for creation.

While best known for directing "Your Name," a critically-acclaimed anime film released in 2016, Makoto has worked on many features, including "The Garden of Words," "Someone's Gaze," "Children Who Chase Lost Voices," and most recently, "Weathering with You."

The video is the latest in Apple's 'Behind the Mac' campaign, which highlights how the Mac has helped artists and creators produce work. While in the west it has largely concentrated on musicians, Apple's latest installment for Japan focuses on its animation industry, including one video showing the Mac's appearance in a variety of anime shows and films produced in the country.

As with the previous video, the Makoto profile links visitors to an anime-themed page on the Apple website, explaining how Macs and MacBooks are ideal for students and those in education.