AppleInsider
Posted: March 10, 2020 3:05AM
in iPad edited March 2020
New features delved out of a build of iPadOS 14 suggests that users with an Apple Pencil will be able to write in text fields in just about any app, and have it translated to text in near-real time. 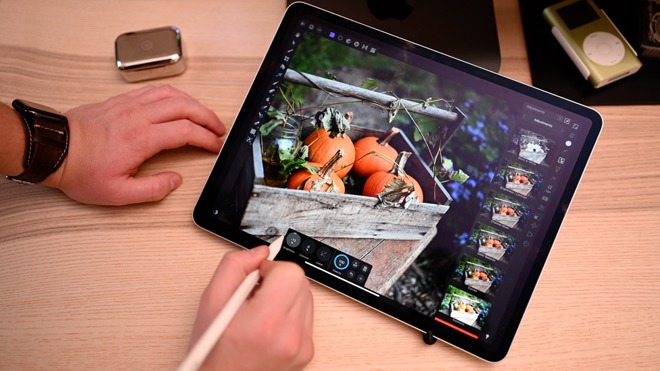 iPad Pro with an Apple Pencil

A code delve into iOS 14 has shown a new version of "PencilKit" in the forthcoming operating system for the iPad. PencilKit at present appears to work with Apple's apps, and perhaps any app that has been coded to properly interface with the new API. It isn't yet clear if it will require an iPad Pro, or will work on any iPad that can use an Apple Pencil.

Additional features spotted include a "Magic Fill" feature, which will apply texture or color to a shape drawn by the user, not unlike the fill tool in paint applications. It isn't clear why this has been added, or the full extent of the feature.

The introduction of the new PencilKit was first spotted by MacRumors on Monday night. It isn't yet clear if the feature will roll out at the launch of iOS 14, or at a future date.

Apple is expected to roll out a beta of iOS 14 and iPad OS 14 in the early summer. Both would normally be unveiled at the annual WWDC in early June, but the impact on the event from the ongoing coronavirus isn't yet clear.