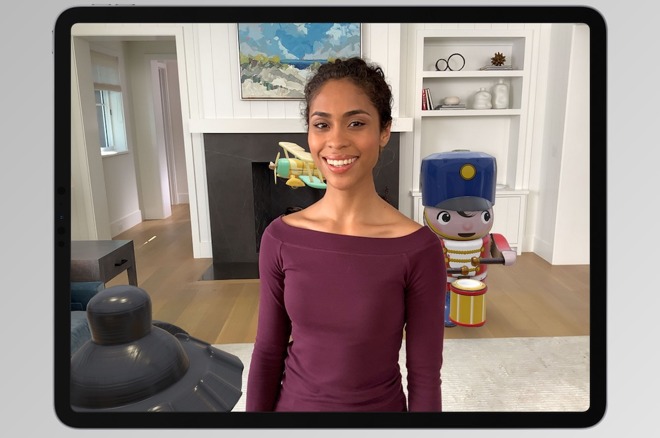 The new 11-inch and 12.9-inch iPad Pro models come equipped with a LiDAR Scanner that uses lasers to accurately create depth-maps of an environment.

Alongside iOS and iPadOS 13.4, Apple has also rolled out ARKit 3.5, which introduces many of the expanded features and benefits of the iPad Pro depth-mapping system. Availability was announced on Tuesday.

Developers will be able to use a new Scene Geometry API in ARKit 3.5 to create augmented reality experiences with object occlusion and real-world physics for virtual objects. More specifically, Scene Geometry will allow an ARKit app to create a topological map of an environment, unlocking new AR features and additional insights and information for developers.

ARKit 3.5 will also enable automatic instant AR object placement and improved motion capture and people occlusion for all ARKit experiences, without the need for any code changes or new additions.