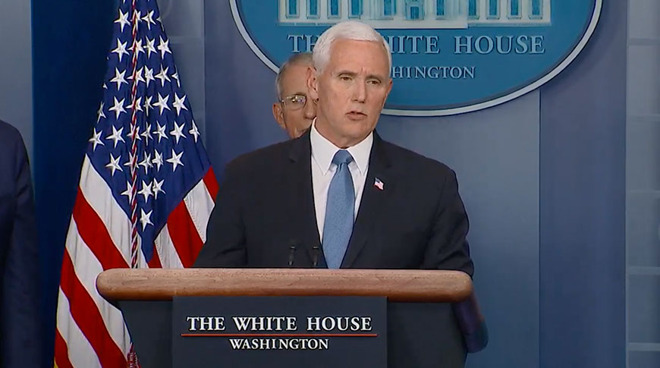 Pence, who serves as chair of the White House Coronavirus Task Force, announced Apple's contribution during a press briefing.

"And I spoke today, and the president spoke last week, with Tim Cook of Apple," Pence said. "And at this moment in time Apple went to their store houses and is donating 9 million N95 masks to healthcare facilities all across the country and to the national stockpile."

Whether Apple plans to make similarly large donations to other stricken countries is at this point unknown. Cook on Saturday said the company is giving "millions" of masks to health professionals in the U.S. and Europe.

Healthcare workers in the U.S. and abroad are in dire need of the essential protective gear, stock of which has quickly depleted as COVID-19 continues its steady march across the globe. Some have been told to fashion makeshift solutions such as bandanas in lieu of proper safety equipment.

The figures detailed on Tuesday stand in contrast to those discussed just three days ago during a similar White House briefing. At the time, Pence said Apple pledged 2 million masks, to be provided to those working in the hardest hit areas of the country.

Cook confirmed the donation in a tweet on Saturday.

"Our teams at Apple have been working to help source supplies for healthcare providers fighting COVID-19," Cook's tweet reads. "We're donating millions of masks for health professionals in the US and Europe. To every one of the heroes on the front lines, we thank you."

Cook first brought word of Apple's efforts to combat the virus in January when he announced unspecified donations to "groups on the ground." Earlier in March, Apple said its monetary commitments surpassed $15 million as the company began to match employee donations on a two-to-one basis.