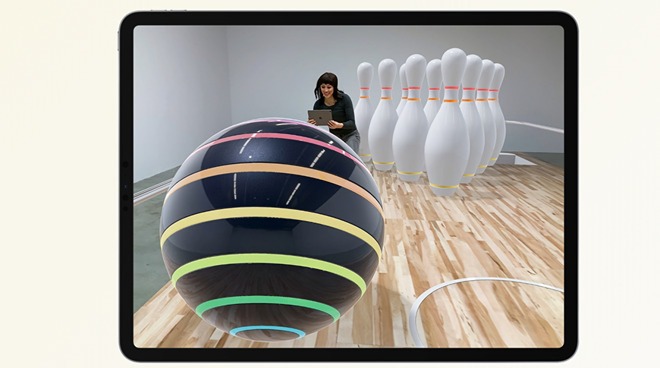 Currently, Augmented Reality is limited to devices you can hold in your hand, like your iPhone or iPad. Advancements of the cameras on these devices and the new addition of LiDAR on the iPad Pro increasingly show Apple's interest in developing AR even further. It is no secret that a new headset is in development at Apple, and could launch as soon as 2021. 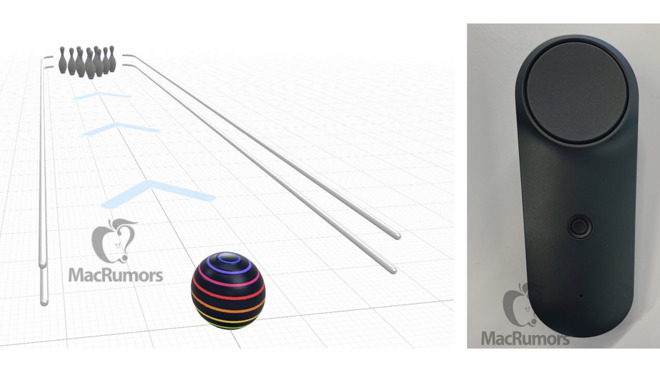 Leaked code from an internal version of iOS 14 shows some of the ways Apple is testing their AR headset. A geolocated bowling game, which can be triggered at an intersection near Apple office "Mathilda 3" at 555 N Mathilda Ave in Sunnyvale, California, is being tested which allows users to play bowling using the crosswalk as a lane. This office is only a few miles from Apple Park and could be one of the locations used for developing the AR headset.

A photo of a controller for testing was also obtained by MacRumors which is very similar to an HTC Vive controller. This would allow developers better control over their testing kit, but also may be a precursor to devices that would ship to users.

Not the first Apple and HTC connection

Apple has worked with HTC in the past, notably for developing VR compatibility in macOS Mojave. Apple's relationship with HTC seems to have continued, at least from a hardware perspective, since this controller has more than a passing resemblance to one of their Vive controllers.

At this time, it is unknown exactly what the controller is for, and it is obviously not built for consumer distribution. It likely plays a key role in development, and as a roadmap for future iterations on the hardware.

If Apple is developing a virtual reality headset, then a controller would make sense, as VR experiences tend to lean towards more immersive game like scenarios. Augmented Reality would not be as immersive with a controller, by contrast, since you are supposed to be interacting with objects without the need for additional inputs.

Another alternative would be using VR to develop AR experiences, allowing developers to "step into" their 3D environments and interact with them using the controllers.

The development of Augmented Reality at Apple continues to ramp up as the next generation of wearables approaches. Most recently iOS 13.4 released a new version of ARKit which allows developers to utilize the iPad Pro's LiDAR for development.
Sign In or Register to comment.