AppleInsider
Posted: April 1, 2020 11:05PM
in General Discussion
Apple's U.S.-based engineering team is reportedly "scrambling" to prevent delays of the company's rumored 5G iPhones, which are expected to debut this fall. 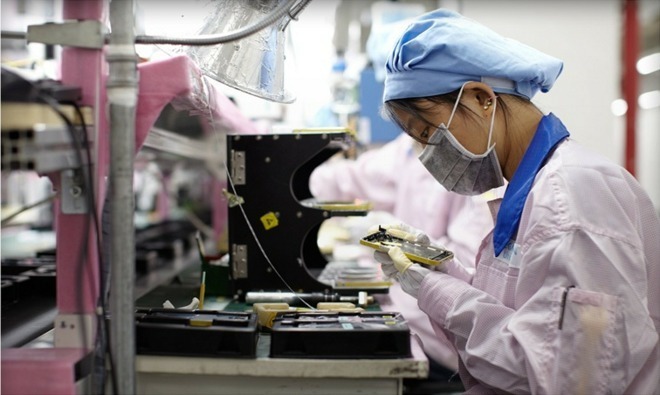 Apple's engineering team is resorting to unusual measures to prevent delays of future iPhones amid COVID-19.

While COVID-19 has shaken up the entire tech industry, travel bans and work-from-home mandates have hit Apple's engineering and prototyping processes particularly hard. A bulk of the company's supply partners, including primary manufacturer Foxconn, are located in China.

Typically, Apple staffers would be traveling to China at around this time to verify portions of the iPhone assembly and engineering processes. Unable to do that, Apple engineers have take to using video calls to direct their Chinese colleagues through iPhone prototype assembly, according to a new report by The Wall Street Journal.

The Journal indicates that Apple first did a test-run of that process in January, likely as COVID-19's impact on China were becoming very clear to the company.

A previous report from The Information revealed that Apple was working with its Chinese partners through other means, including sending photos back and forth. Due to security restrictions, that's a complex affair, and some staffers have complained about delays in responses or low-quality images being sent.

That has proved to be problematic since Apple's supply chain partners are used to play a supporting role to the company's U.S. engineering teams. Some Apple executives are worried that the new communications, including photos of unreleased devices, could lead to product leaks this year.

Reports differ on whether Apple's so-called "iPhone 12" will end up being delayed. While some rumors indicate Apple may postpone launch to blunt weakened consumer demand, Apple's supply partners say that the company is on track for its usual release in the fall.