AppleInsider
Posted: April 3, 2020 11:48AM
in General Discussion edited April 2020
This week on the AppleInsider Podcast, Andrew details how the 2020 iPad Pro compares to previous models, we explore Zoom's many privacy issues and its shady install process, Apple buys the Dark Sky weather app and what it all means, and we debate Apple Sherlocking third-party apps. 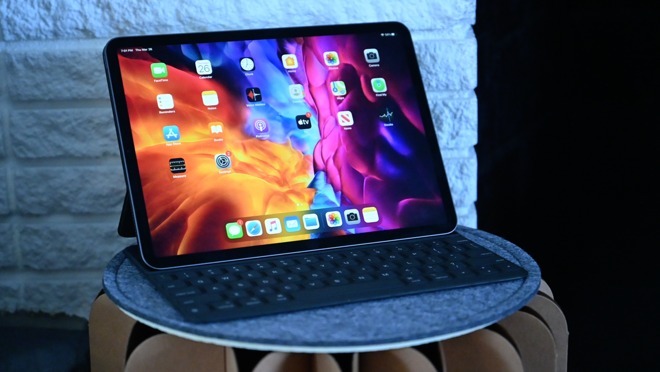 Even though the 2020 iPad Pro may not bring significant performance gains to Apple's tablet line overall, Andrew describes what is worth noting -- which includes just what the new LIDAR sensor can do in both the first-party Measure app, and some third-party applications.

With Zoom being in the spotlight and usage has ballooned since everyone is learning how to work from home, the app's shady install practices and its false claims on encryption are causing some pushback. Zoom recently released a statement, as reported by AppleInsider, that Zoom promises to "fix security and privacy flaws" before adding any new features. The company does seem to be sticking to that, having now released a new version that addresses the most egregious issue with its installer.

But speaking of Zoom's installer, it remains stubbornly hard to then uninstall it, and be sure that you've removed all of its components. If you know how to completely uninstall Zoom, please tell us. Tweet Stephen Robles with your tips.

While Zoom has suddenly got everyone's attention, the Dark Sky weather app has been more quietly growing its extremely good reputation over years. Its ability, in the US at least, to tell you to the minute when rain is starting or stopping, means that surely everyone bought Dark Sky. Now Apple's bought it too, and that's got to be great news for many iOS users who've only ever tried Apple's own Weather app. It's also definitely bad news for Android owners as that version of the Dark Sky app will now shutter as of July 1, 2020. It's not necessarily brilliant news for all iOS users, either, as it's data from Dark Sky that powers many other weather apps, all of which are now going to have to find alternatives.

Stephen and Andrew discuss the competitive advantage Apple may give its first-party apps -- which is all the more topical now that Tile has publicly claimed that Apple's "anticompetitive behavior has gotten worse'."

In all-round good news, though, we conclude with a lightning dash through how Publix is adding Apply Pay, Amazon is enabling in-app video rentals and purchases on iOS, and the great Mac app, Pixelmator Pro, has this week received a major update.

We'd love to hear your feedback. Tweet to Stephen Robles and Andrew O'Hara, or email us here. Find us in your favorite podcast player by searching for "AppleInsider" and support the show by leaving a 5-Star rating and comment in Apple Podcasts here.