Looking back at 10 years of the iPad, Apple's revolutionary tablet

AppleInsider
Posted: April 3, 2020 4:33PM
in General Discussion edited April 2020
On April 3, 2010, the iPad wasn't really an iPhone and not quite a Mac. The latest iPads blend the best of both worlds -- and that's been an evolution a decade in the making. 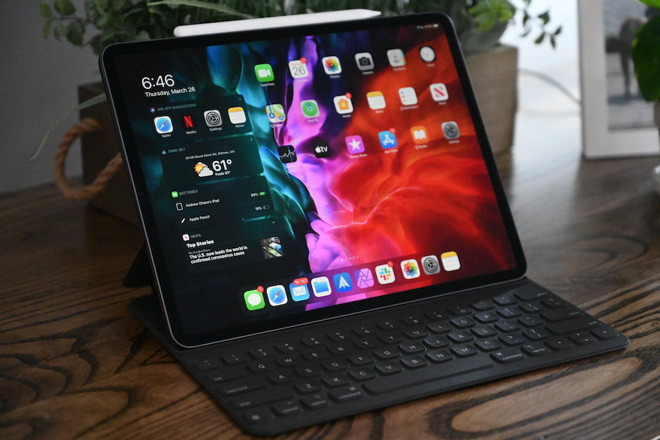 Apple's iPads are powerful and versatile machines. But to understand how they got to be that way, it's helpful to look at their past.

With trackpad support, revamped file systems, and no shortage of computing power, the latest iPad Pro lineup are serious competitors in usability for nearly every task to any hybrid or touchscreen notebooks out there. It hasn't always been that way, though. 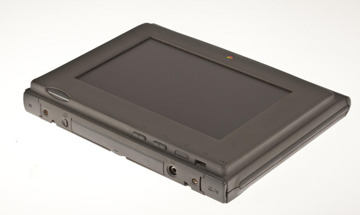 Long before the first iPhone, Apple was experimenting with tablet-like form factors and devices like the Newton MessagePad PDAs, or prototype hardware such as the PenLite (pictured above), a tablet device based on PowerBook.

Neither of those devices turned into the iPad, or really found much commercial success. Apple continued to work on the concept, eventually crafting a new multitouch tablet prototype in 2004. Although originally slated to launch before the first iPhone, Apple's leadership eventually decided that the smartphone was more important.

The original iPhone debuted in 2007. Almost immediately after its release, rumors started circulating that Apple had some type of tablet in the works, and AppleInsider was one of the first venues to talk about it. Just three years filled with furious speculation later, late Apple CEO and cofounder Steve Jobs unveiled the very first iPad on Jan. 27, 2010 at the Yerba Buena Center in San Francisco. 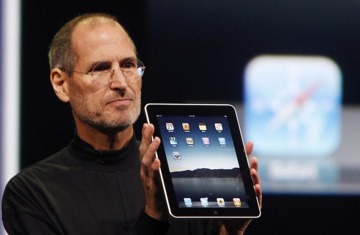 Apple's original iPad, announced in January 2010, landed in the public's hands on April 3. That first version featured a 9.7-inch display, an Apple A4 processor and up to 10 hours of battery life. It started at $499, with storage options topping out at 64GB, and interestingly, featured squared-off edges similar to today's iPad Pro.

But while it may seem fairly archaic by today's standards -- the device didn't even have a camera -- the original iPad heralded the age of the tablet for the average consumer after a decade of half-baked ideas on the Windows side. Apple sold about 300,000 at launch, and by May 3, that number reached a million. Through the end of 2010, iPads were outpacing Mac sales on a quarter-by-quarter basis. 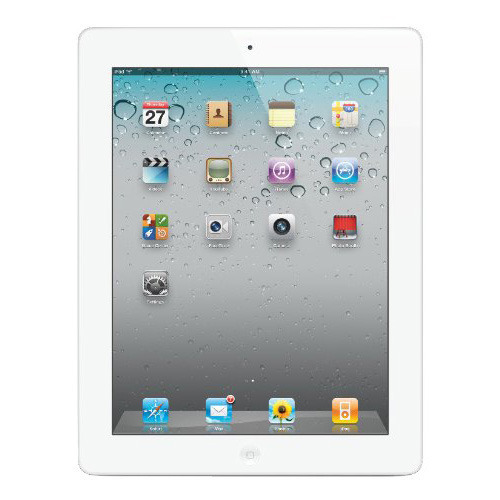 Released about a year after the original iPad, the iPad 2 was certainly a refinement of Apple's tablet ambitions. It was lighter, thinner, packed a dual-core A5 chip, and introduced support for Smart Covers. Importantly, it was also the first tablet to sport a rear- and front-facing camera.

It's likely the device to help materialize what a tablet was from Apple's perspective. It became a cornerstone in Apple's line, eventually supported by six different versions of iOS, and it was really the first iPad to be specifically marketed for the education sector.

The incrementally updated iPad 3 came in 2012, sporting largely the same design as its predecessor. Its primary upgrade was a Retina display that offered 4 times the pixel count of the iPad 2. It also featured an improved 5MP camera, an A5X chipset and localized LTE support 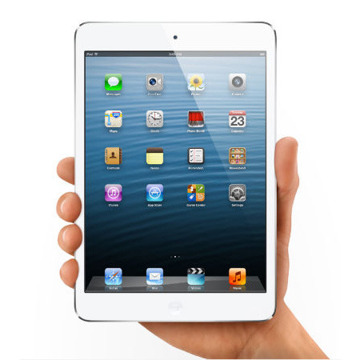 Things started changing for Apple's tablet lineup later in 2012. Several months after the debut of the third-generation iPad, Apple released a fourth generation that sported an A6X chip, FaceTime HD and a Lightning port -- becoming the first iPad to ditch the 30-pin connector.

That was an extremely quick refresh by any standard, and many reviewers found it difficult to recommend the fourth-generation iPad for consumers who had just bought the earlier iPad months before. Apple eventually relaunched the iPad 4 in 2014, after temporarily discontinuing it.

Alongside "the new iPad," Apple also launched the iPad mini, a tablet featuring similar specifications to the iPad 2 but in a smaller 7.9-inch footprint. While initially launched to fend off the likes of Amazon Kindles and Google Nexus tablets, it also marked the first time Apple really diversified the iPad lineup. 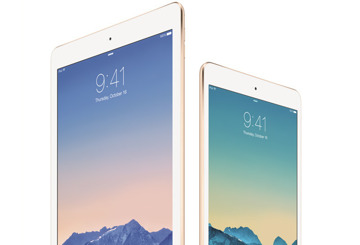 Apple redesigned the iPad again in 2013 with the iPad Air, the first tablet sold under that moniker. It featured upgraded cameras, slimmer bezels, and an A7 processor combined with an M7 motion co-processor. It was also, per its name, much thinner and lighter than the iPad 2.

The Cupertino company also released a new iPad mini at the same time, though it was a muted update with the only major feature being a Retina display.

A year later, in 2014, Apple released the iPad Air 2 and the iPad mini 3. Both tablets featured Touch ID for the first time, and the Air 2 was updated to a triple-core A8X CPU and 2GB of RAM. By then, the iPad's popularity was beginning to wane in the face of larger handsets like the iPhone 6 and 6 Plus. 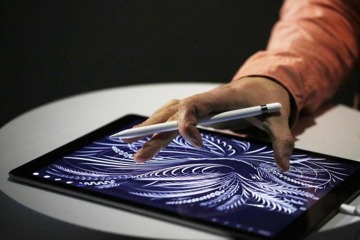 If you were to try and trace the start of Apple's current tablet strategy, 2015 would be a good place to start. In an effort to revitalize the iPad, Apple released the very first iPad Pro in September 2015.

It was a 12.9-inch tablet with an A9X processor, 4GB of RAM and the very first Smart Connector port, allowing users to connect the tablet to the Smart Keyboard without Bluetooth. Alongside the new Pro device, Apple also unveiled the first Apple Pencil, an advanced stylus with low latency, angle detection and pressure sensitivity.

Apple also released an iPad mini 4 at the same time. Featuring an A8 processor and 2GB of RAM, the device would become the last iteration of Apple's mini-tablets for some time.

A smaller iPad Pro, first equipped with a 9.7-inch display, was later released in March 2016. While essentially a smaller version of the 12.9-inch model, it included some unique features and additions, including True Tone display technology and a rose gold color option.

This was also the time that Apple started differentiating iOS for iPad from iOS for iPhone. iOS 9 featured new multitasking features like Split View, Slide Over and Picture in Picture, hinting at what was to come. 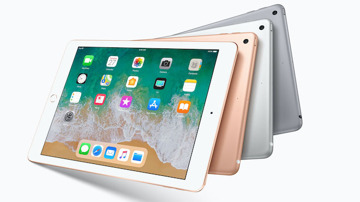 Apple quietly announced the fifth-generation iPad in March 2017, dropping the Air moniker for a time. But despite the change in name, the entry-level iPad still had the same design -- though it was a little thicker. It did feature a price drop and upgraded internals, however.

There were also two new iPad Pro models in 2017. The most significant update was the smaller of the two, which was bumped up to a 10.5-inch display with 40% slimmer bezels and a 120Hz display refresh rate.

The 10.5-inch iPad Pro featured 30% faster performance and 40% better graphics than its predecessor, thanks to a new A10X and M10 co-processor. The 12.9-inch featured similar upgrades, but its footprint remained the same as its predecessor. 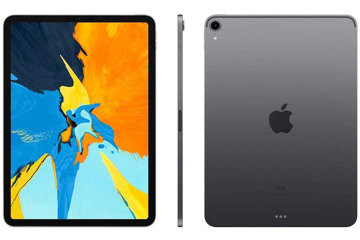 Apple took another shot at the iPad Pro in 2018, and it turned out to be a major upgrade. The now-11-inch and 12.9-inch iPad Pro received the "iPhone X" treatment with uniform and ultra-slim bezels. They also nixed the Home button in favor of Face ID and gesture-based controls.

The major overhaul also saw the Lightning connector replaced with a USB-C port, as well as the introduction of a new generation of Apple Pencil which attached to an iPad Pro and charged magnetically. Internally, the devices feature an A12 Bionic chipset, a new Liquid Retina display, upgraded cameras and storage capacities up to 1TB for the first time.

The 2018 base iPad, by comparison, was an incremental upgrade. It sported essentially the same design that we've seen since the iPad Air 2. While it missed out on most modern iPad Pro features, it remained significantly cheaper than most Apple tablets and featured an upgraded A10 chip and Apple Pencil support. 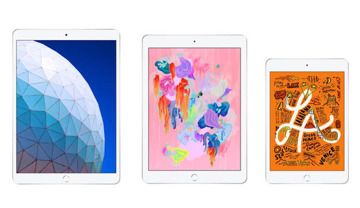 In 2019, we saw one of the largest revamps of the broader iPad stable to date. Apple released a total of three new iPads across the lineup: a new base model iPad, an iPad mini and the first iPad Air since 2014.

The iPad Air, the third-generation, was essentially a 10.5-inch iPad Pro successor. With a middle-ground price point, the iPad Air features serious power for the money with support for the first-generation Apple Pencil and the Smart Keyboard.

Apple's new iPad mini, unofficially the iPad mini 5, is also essentially an iPad Pro in a different form factor. It featured the same 7.9-inch display and home button of the last iPad mini, but packs Apple's latest silicon and other internal upgrades under the hood.

Apple also released a new entry-level iPad with a 10.2-inch display, its most affordable tablet by far. Around this time, Apple also split off its tablet operating system into iPadOS, which incorporated some exclusive multitasking features separate from iOS, like the ability to open multiple windows of the same app or better text editing capabilities.

Where the iPad is now 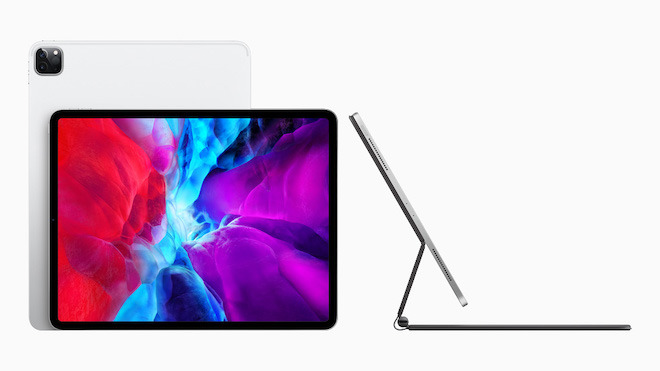 While the undercurrents have been there for at least a couple of years, 2020 really marks the first time that the iPad became something more akin to a computer than a tablet.

The 2020 iPad Pro models remained relatively unchanged from their 2018 predecessors, sporting the same general design and specifications. The addition of a LiDAR sensor, a new A12Z Bionic chipset and an 8-core GPU are some of the major upgrades.

But something else happened in 2020 that really changed things up for Apple's tablets: the introduction of full trackpad and mouse support. Alongside a new Smart Keyboard with Trackpad accessory, Apple introduced full support for pointing devices in iPadOS 13.4.

That marks a departure from Apple's previous strategy. While iOS and iPadOS 13 featured mouse support, it was buried in Accessibility. Now, it's front and center. Apple even expanded that support to non-Pro tablets, and Logitech debuted trackpad options for the entry-level iPad and iPad Air.

And, more than anything else, that really suggests that Apple views the iPad Pro lineup as a serious competitor to actual laptops and two-in-one hybrids. While some hurdles remain, such as a closed-off filesystem, Apple's tablets are more like a PC than they've ever been before.

To understand how the original iPad or iPad Pro stacks up to today's offerings, just take a look at the specifications. The original iPad is a far departure from the current model. While things have obviously changed less for the iPad Pro given that it has only been available for half of the iPad's 10 years, we've still seen major updates in that time.

Beyond the iPad and iPad Pro, Apple's other tablets have also evolved over the last 10 years. Take a look at the specifications for the original iPad mini and iPad Air, and compare them to the current iterations of the tablets.

The next 10 years of iPad 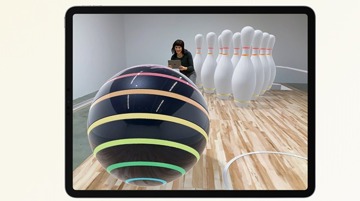 iPads are a core part of Apple's current virual and augmented reality testing.

The latest iPad Pro models, and iPadOS, paint a clear direction for Apple's tablets. They're not designed to replace the Mac, but offer an alternative computer experience. And while Apple doesn't want the iPad to cannibalize sales of its MacBooks, it undoubtedly wants Windows hybrid owners to ditch their notebooks for iPad Pros.

That's significant because the iPad has been in the midst of an identity crisis, and back in 2018, some analysts thought of Apple's tablet as a dying product. But additions like cross-platform apps, deeper multitasking, better filesystem access and trackpad support have allowed iPadOS to find its footing.

More computer-like improvements are coming. Some rumors indicate that Apple will allow users to choose third-party apps as their defaults in iOS 14, expected later this year. That's been a feature of desktop operating systems like macOS. Amid rumors of ARM Macs, it's likely that work on cross-platform apps is only going to quicken.

As far as where the hardware goes from here, Apple is rumored to release 5G-compatible iPads sometime in 2020, and there's little doubt that the iPad is still a central part of Apple's broader augmented reality strategy.

In other words, the current iPad is a device that's a decade in the making. And by the looks of it, it's not going anywhere in the next one.