AppleInsider
Posted: April 14, 2020 3:39PM
in General Discussion edited April 2020
WeChat has become so ubiquitous in China that the iPhone is increasingly measured by how well it runs this one app -- and it's now millions of "mini-programs" that are supplanting the App Store. 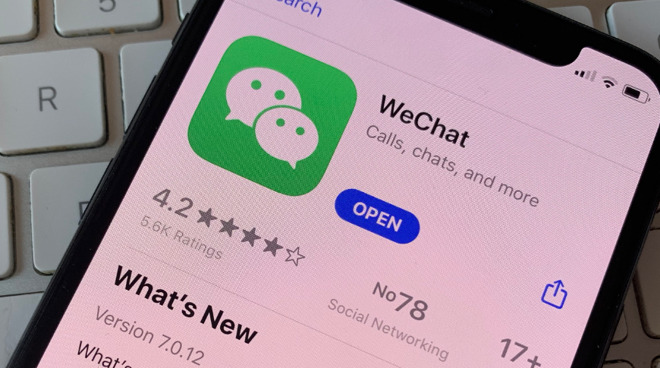 WeChat is available everywhere, but totally dominates in China

Apple may have just seen its sales grow again in China, but one app that became enormous because of the iPhone now looks inexorably set on becoming the tail the wags the dog. Tencent's WeChat, a kind of combination messaging, social media, and e-payment app, has become so important in China that Apple is having to adapt to it.

WeChat seemingly flouts App Store rules, and Apple gives in. Apple delays updates to WeChat -- and customers may go to Android. With WeChat designed to work equally well on both platforms, Apple's competitive edge in great software design is being eroded.

What's perhaps ironic is that WeChat is more reminiscent of the web apps that Steve Jobs initially believed would be right for the iPhone. He had to be persuaded into what we now know as apps, and if Apple has created a brilliant tool for us in the App Store, it has also profited gigantically.

WeChat itself is an app, but within it, users can open what maker Tencent calls mini-programs. Right from the start, it appears that Apple recognized the potential for mini-programs to offer App Store-style services without playing by App Store rules.

The argument then was that these mini-programs were limited in functionality and did not even attempt to compete with full-blown apps. Now, however, they do. Some mini-programs include live video streaming, and even augmented reality.

They can do this because they are part of WeChat and if a user allows that app to, for instance, access the camera or the internet, they are allowing every mini-program to do the same. There's an argument to be made about the security of this compared to Apple's locked-down App Store, but Apple isn't making that case. At least, not concerning the WeChat app yet. 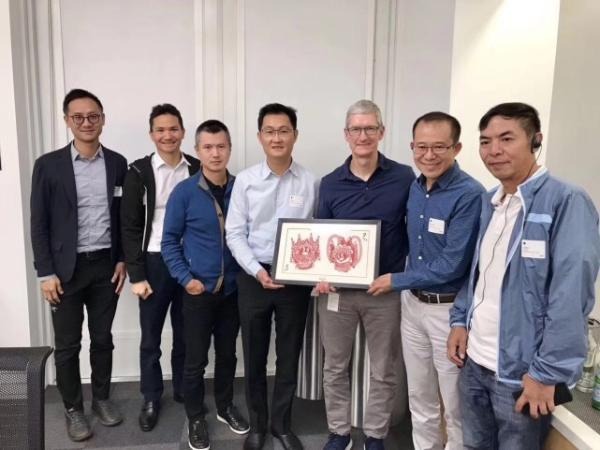 In 2017, the heads of Tencent gave Tim Cook a framed piece of Chinese folk art

"The danger is that [it] is going to become a new operating system," continues Spasojevic. "It doesn't matter if I like the phone or whether it works well. I can't live in China with a phone that doesn't have WeChat."

Apple can continue to produce secure, leading-edge software, but in China, it's close to worthless unless the iPhone supports WeChat -- and supports it well. WeChat is so much a part of Chinese life that it is hard to conceive of anything similar in the US.

It's far bigger than Facebook, and far more of a threat to Apple than anything it has faced to date. Where firms worldwide may find it good to support Apple Pay, ones in China simply must support WeChat's equivalent because users expect it so much. Even Apple has to accept WeChat Pay.

In the three years since mini-programs started, they have grown to become much more than the simple tools that Tencent told Apple. There are limitations, though, such as a 10MB limit. This, however, makes them simpler to create than full-blown applications, which means there are more of them.

According to The Information, there are 2.4 million mini-programs, ranging from games to major consumer brands such as Nike and McDonald's. Google, which sees its services limited or banned in China, has tried out a game as a mini-program.