AppleInsider
Posted: April 28, 2020 11:06AM
in General Discussion edited January 2021
New research from Apple details many different ways of making batteries flexible enough to be used with a foldable iPhone or iPad, or to save space inside regular devices. 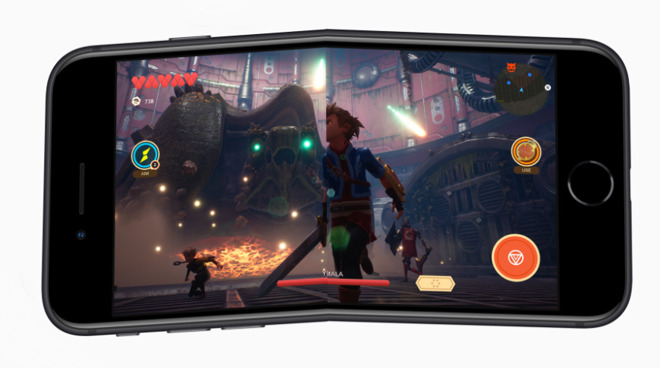 The most visibly obvious problem to be solved for a foldable phone or tablet, is the screen. We've already seen Apple's working on displays with hinges, plus we've seen issues with the Samsung Galaxy Fold. There are other components that need to be flexible, however, and Apple is looking at batteries.

"Flexible battery structure," US Patent No 10,637,017, is concerned with how to power a foldable display, but it's also looking to fix a recurring problem with all devices.

"Batteries often take up a substantial amount of space in a portable electronic device," it explains. "As devices have grown increasingly more power hungry, greater amounts of space need to be dedicated to accommodate space for the batteries."

Apple's several proposals all center on working with both battery cells and the connections between them. "One solution... is to separate the flexible battery cells into discrete regions," it says.

Much of the patent details different methods of mounting or stacking battery cells, plus specifics about alleviating the stresses this causes on the battery material. This could mean getting away from the familiar rectangular battery, and Apple has already exploited the idea of stackable batteries in 2015's MacBook.

Chiefly, though, this patent is concerned with the "operation of a flexible battery integrated within [a] flexible display."

"[The] flexible battery can be distributed along all four sides of [a] flexible display," it says. "For example, [the battery management unit] BMU and main logic board could both be packaged within a housing into which... is configured to retract by a retraction mechanism that results in flexible display being wound around a cylindrical member."

This is the patent's most direct reference to a rolled-up display. Apple's patent describes multiple ways of creating flexible batteries, and it is all concerned with how many different types of display device can be created.

The patent is credited to exclusively Jiang Ai, who is also listed on the team responsible for a previous patent concerning a folding iPhone display with a more robust bend radius.