AppleInsider
Posted: May 4, 2020 3:18PM
in Current Mac Hardware edited May 2020
On Monday, Apple confirmed rumors by updating its 13-inch MacBook Pro, but this refresh isn't as radical as speculation suggested it might be. Here's what's different in the 2020 model versus the 2019 13-inch MacBook Pro. 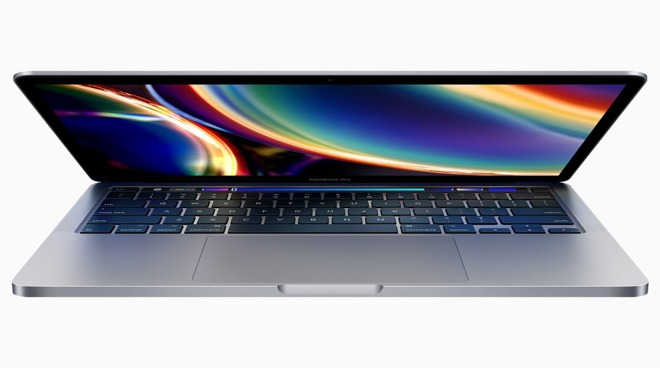 The rumors and speculation about the 13-inch MacBook Pro refresh put forward the idea that Apple was going to replace the screen with a 14-inch model, along with other alterations like using the new Magic Keyboard. Apple's launch of the updated model on Monday was seemingly predicted correctly by leaks, but at face value it seems Apple leaned more to a specifications bump than issuing any major changes to the design.

Let's take a closer look at the new model's specifications and compare them to the 2019 iteration, to highlight what's new and whether it's a decent upgrade for existing MacBook Pro owners. 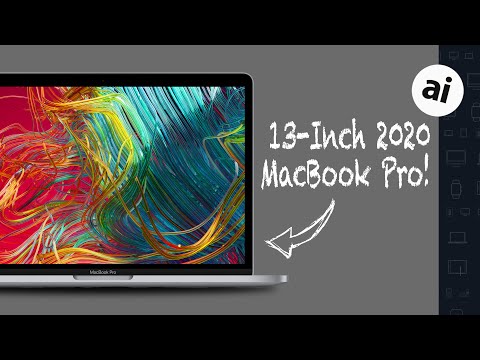 Those who spend time typing away on their MacBook Pro may be aware of the butterfly keyboard mechanism that has plagued Apple for years. The mechanism's issues prompted Apple to introduce a new Magic Keyboard in the 16-inch model, which it has brought over to the 13-inch version. 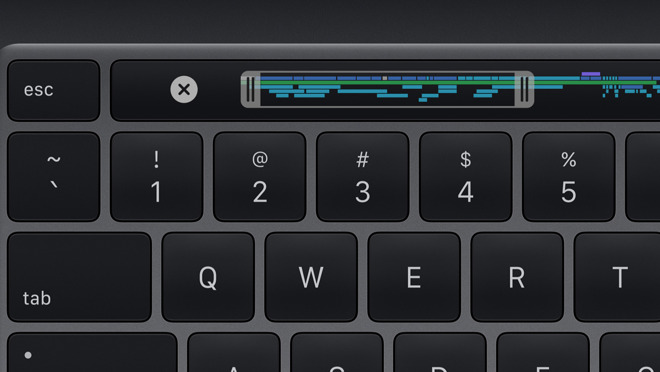 Using an updated scissor mechanism with 1mm of key travel, the Magic Keyboard is believed to be potentially more reliable than its butterfly counterpart. It also uses a rubber dome to store more potential energy for a more responsive key press.

The Magic Keyboard also has one more physical key than the previous version: a physical Escape key. The change was welcomed by developers who prefer a dedicated Escape key, instead of relying on the software version in the Touch Bar.

In theory, the extra space above the left and right keys will help more distinctly mark out the arrow key region to users, both visually and when touch-typing.

One of the key changes to the 13-inch MacBook Pro is an upgrade to the processor options. Specifically, the shift from eighth-generation chips to newer variants.

All of the 2019 processors were eighth-generation "Coffee Lake" chips. In 2020, there's a mix of 8th-generation chips alongside tenth-generation variants, divided between its two variants.

The less expensive models use the same eighth-generation chips, with the base consisting of a 1.4GHz Core i5 with a Turbo Boost of up to 3.9GHz, with a configuration available to use a 1.7Ghz quad-core Core i7 with a 4.5GHz Turbo Boost. 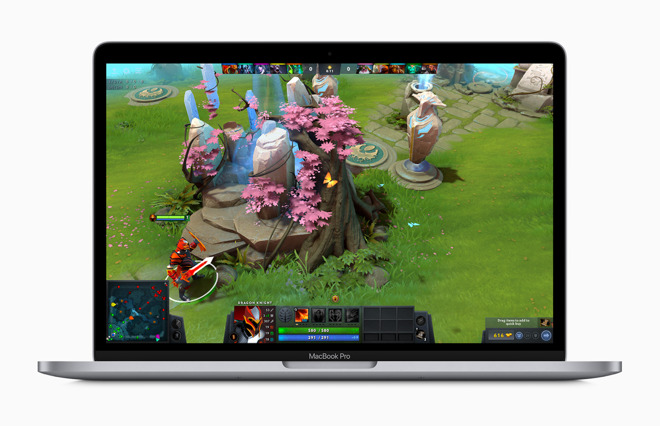 While the reuse of the eighth-generation chips in some configurations may not excite potential buyers, electing to add tenth-generation chips that effectively skip an entire Intel architecture generation is likely viewed as a considerable improvement for power users.

To go with the new processors, Apple has increased the amount of RAM being used in its higher-specification version.

As with the 2019 release, the lower-end 2020 model starts with 8GB of memory, which can be configured to have 16GB instead. For the upper configurations, Apple has shifted to offering 16GB of memory from the start, with a configuration option to bring it up to 32GB of RAM. 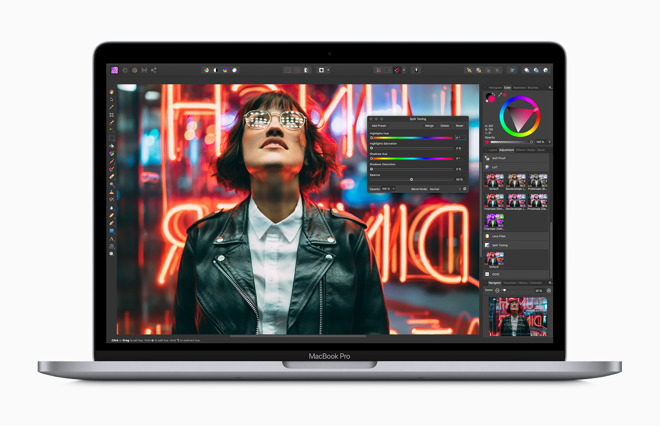 Furthermore, the higher-end tier also uses faster memory. Instead of the 2133MHz LPDDR3 modules as used in the lower-end model and the 2019 versions, Apple has instead opted for 3733MHz LPDDR4X memory.

For end users, this results in further performance gains, both from having potentially more memory available, and that it is almost twice as fast.

Storage has also been given a considerable boost from 2019, which offered base configurations of 128GB, 256GB, and 512GB SSDs and options for up to 2TB.

The new generation starts off the improvements by doubling the base configurations to 256GB, 512GB, and 1TB respectively. Though the lower-tier configurations can be upgraded to 2TB as before, there is a 4TB option on the higher-up models.

Like the memory changes, it is seemingly those willing to spend the money on the higher-tier versions gaining the potential benefits.

There are quite a few other smaller changes Apple has made to the 13-inch MacBook Pro, tweaking an already quite successful formula.

Stereo speakers are still used in the new model, though this time with "wide stereo sound" and support for Dolby Atmos playback. The three microphones are also similar, but this time they are configured in an array with directional beamforming.

The 2020 editions are slightly thicker at 0.61 of an inch compared to 2019's 0.59 inch height. The width and depth are identical across all models in both years, though the new versions are also slightly heavier at 3.1 pounds to 3.02 pounds.

A Lot of Repeated Details 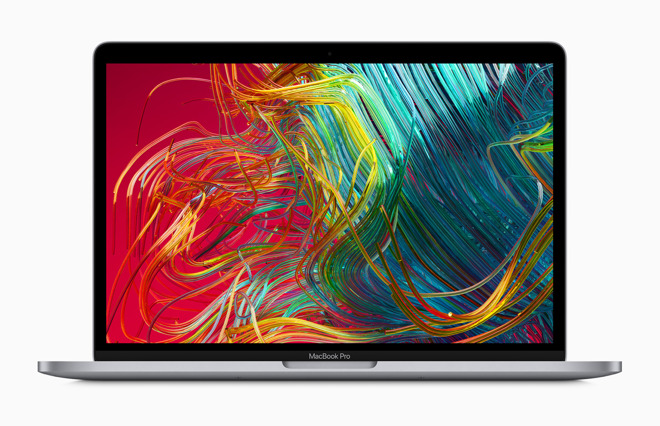 You're also getting two or four Thunderbolt 3 ports, depending on processor generation, with the eighth generation model having two ports, and the tenth generation getting four. Wireless communications are provided by 802.11ac Wi-Fi, Bluetooth 5.0, a 720p FaceTime HD camera, and a 3.5mm headphone jack.

Power is also identical, with the built-in 58-watt-hour or 58.2-watt-hour lithium-polymer battery still providing up to 10 hours of wireless web access or movie playback. The charger is still 61 watts and uses USB-C.

The tiered models and upgrade pricing also raises the prospect of users getting more benefit from paying for a higher-cost base model than shelling out for upgrades to a lower-tier version.

For the same money, paying for the $1,799 base configuration installs the far faster 10th-generation Core i5, better Intel Iris Plus graphics, doubles the memory with faster RAM modules, and adds two more Thunderbolt 3 ports.

Apple's update is an unusual one, as in this particular case, the level of changes seen depend on whether the customer opts for a lower-tier or higher-tier configuration. Across the board, the Magic Keyboard and higher storage capacity starting points will be welcomed. 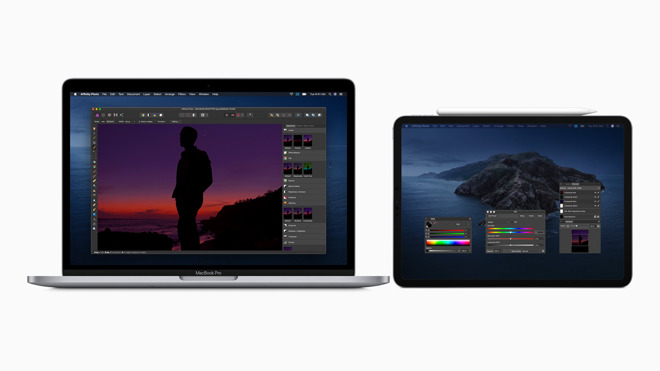 However, while that's largely the story for the lower-tier options, the higher-end arguably gets more of the changes. Shifting from eighth-generation Intel chips to tenth-generation versions will give a considerable performance advantage, while the faster memory and higher memory capacities will further push the 13-inch MacBook Pro as a portable powerhouse.

Even the maximum storage capacity of 4TB is only available to those with deep pockets to go for the higher-end configurations from the start. That price premium would buy a lot of network or Thunderbolt 3 storage.

For those looking to purchase a new 13-inch MacBook Pro to replace their existing model, there isn't really that much to write home about for the lower-tier versions. Sure, the Magic Keyboard is a nice addition, but aside from a storage bump, there isn't much in the way of groundbreaking elements here.

Anyone looking at the upper end of the range, however, will see considerably more changes and bigger performance boosts. Those with a bigger budget will fare better for their upgrades than people who go for the frugal option this time around.