'Scoob!' coming to iTunes on May 15, bypassing theaters and rental windows entirely

AppleInsider
Posted: May 7, 2020 3:35PM
in General Discussion edited May 2020
Instead of a theater release in May, or a digital rental period, Warner Brothers will release their new movie 'Scoob!' on iTunes for a $25 one-time purchase. 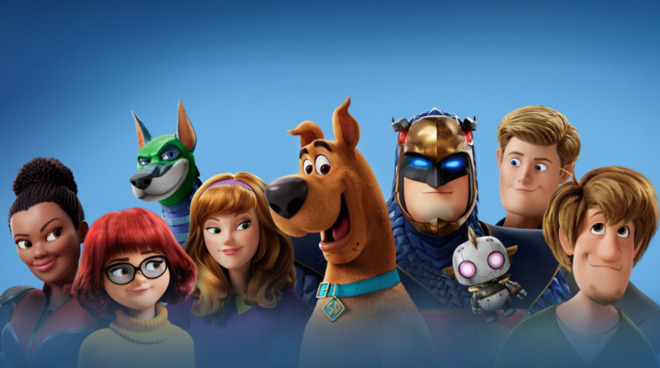 Scoob!' is the first movie to skip theaters and rentals to go to a premium pricing model

After the success of "Trolls" from Universal releasing direct to on-demand services, Warner Brothers is following suit with its own approach. "Scoob!" is the first high profile movie to skip theatrical release and a rental window entirely, and will be available for purchase at a premium $24.99.

New iTunes releases from AAA studios usually retail for $19.99 for a digital purchase. This purchase includes any content available for the movie, and the 4K version if it exists. More recently, straight-to-streaming rentals for movies unable to release theatrically have been priced at $19.99 for a 48 hour rental.

Customers had to choose between buying a movie when its rental window closed, or viewing the movie weeks or months sooner by renting it for the same price. This created a problem, as people who wanted to view the early rental, then purchase the final release would spend $40 on a single film.

Warner Brothers seems to see the issue with rental pricing, and is taking a new approach with their release of "Scoob!" on iTunes. Instead of having customers pay twice for a single movie, they are allowing them to buy the movie outright, although for a premium. There has never been a single movie on iTunes for $24.99, so this breaks new territory as companies try to offset the losses brought on by the lockdown.

Some movies that were able to premiere right before the lockdown have seen much shorter theatrical releases as well. Paramount's "Sonic the Hedgehog" was released for $19.99 well before a normal theatrical run would allow.

Home premieres of blockbuster movies is just part of the new normal as the world adjusts to life on lockdown. The coronavirus pandemic has caused many industries to halt and has affected Apple and the entertainment industry as a whole in unprecedented ways.