AppleInsider
Posted: June 2, 2020 2:50PM
in General Discussion
With a current valuation of $1.4 trillion and climbing, analyst Amit Daryanani thinks the world's most valuable company could be the first to hit $2 trillion. 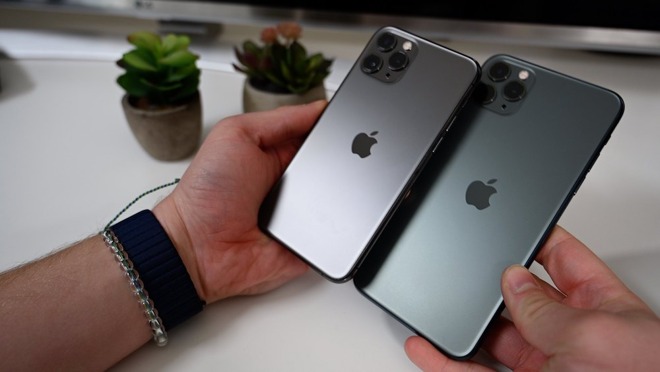 Apple was the first US company to hit a $1 trillion market capitalization. Evercore analyst Amit Daryanani thinks it can be the first to hit $2 trillion.

In a research note on Tuesday, lead analyst Amit Daryanani laid out a four-year plan for Apple to hit a $2 trillion market capitalization -- a milestone no other company has reached. By the September 2024 fiscal year, the analyst believes that Apple can reach an earnings per share (EPS) of $23. Based on a model of 14% EPS growth per year, reaching a number just shy of double his current EPS estimate of $12.72 for the 2020 fiscal year.

Daryanani's analysis doesn't assume that Apple will expand into new markets, just that the company's existing core businesses will grow. The plan implies annual appreciation in the mid-teen percentages.

The analyst is also forecasting sustained double-digit growth in Apple's services and wearables spheres. That's based on an assumption of higher average revenue per user and monetization of the user base.

Corporate gross margin will continue to grow, Daryanani said, largely due to the fact that Apple services -- which continues to grow faster than hardware -- operates with margins in the 60% range. That's nearly double the high-30s margins for the company as a whole.

Daryanani thinks wearables and services can hit $60 billion and $100 billion in revenue, respectively, over the next few years.

Another note is that Apple stock "re-rates" to a 24x price to earnings (P/E) multiple, which he points out is "still a healthy discount" to the 26x to 27x P/E for the company's rivals in luxury and consumer products.

Apple will also continue "aggressively" buying back shares, with an expectation that the Cupertino firm will reduce its share count by about 1 billion in the next four years. That equals out to about 3.6 billion shares at the end of fiscal year 2024, compared to 4.6 billion shares tracked in fiscal year 2019.

Based on that number of shares, Apple's stock price would need to be over $550 to hit a $2 trillion market capitalization. But, again, Daryanani expects that to be feasible.

The $2 trillion prediction comes one week after Apple's share price largely recovered from a coronavirus-fueled plunge earlier in 2020. Hitting pre-crisis levels took until May, but Apple climbed back to a $1 trillion valuation in April, following a plunge due to COVID-19 in March.

Although supply chain and market factors in China played a role, Apple's recovery efforts included sustained growth in services and wearables, as well as the launch of products tailor-made for an economically uncertain environment, such as the iPhone SE, or products well-suited for the boom in work from home, like the new iPad Pro and MacBook Air models.

During Apple's last earnings call, the company reported a new all-time revenue high in services, and Apple CEO Tim Cook noted that the company's investments in the sector were succeeding. Smartphone and consumer electronics demand is still uncertain, though Apple is largely expected to debut a stable of four "iPhone 12" models in the fall, which are rumored to feature 5G connectivity and other upgrades.

Daryanani maintained his Outperform rating on Apple and lifted his 12-month price target to $360, up from $345.