AppleInsider
Posted: June 7, 2020 12:00PM
in iPhone edited June 2020
In this week's Apple Crime Blotter there's more on the Apple Store looting instances, an iPhone sale led to a murder in Alabama, and iPhone evidence is used in cases against accused MS-13 members, ISIS conspirators, and a judge. 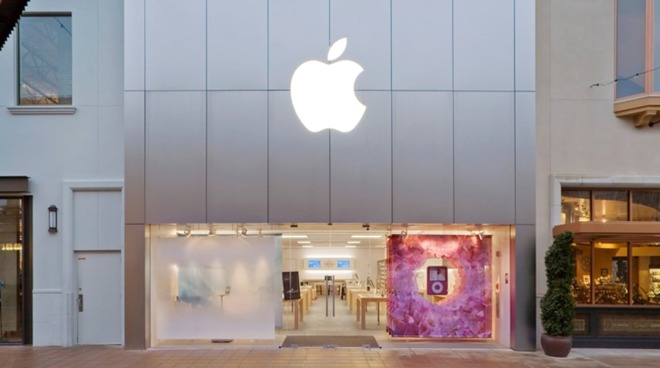 As reported by AppleInsider and elsewhere, Apple Stores throughout the U.S. were looted in the closing days of May, as part of the unrest in several cities following the police killing of George Floyd in Minneapolis. This followed nearly three months of not a single report of an Apple Store robbery anywhere in the U.S., as the stores were closed due to the coronavirus pandemic.

There were other reports, amid the looting, of Apple products being stolen from non-Apple Store businesses. On May 31, according to The Daily Beast, "a protester dished out iPads to an assembled horde" outside a Best Buy in midtown Manhattan, while reporter Danny Gold tweeted that someone, possibly the same man, was "chucking iPads into the crowd at one point from the store front."

Meanwhile, those who grabbed stolen Apple merchandise shouldn't expect it to ever work. One photo posted to Twitter showed an iPhone that had been purportedly been looted from an Apple Store in Philadelphia, showing the note "Please return to Apple Walnut Street- this device has been disabled and is being tracked. Local authorities will be alerted."

An iPhone taken from Apple Walnut Street in Philadelphia.
Message reads:
"Please return to Walnut Street.
This device has been disabled and is being tracked. Local authorities will be alerted." pic.twitter.com/gSBgfj2zib

On May 27, a few days before the Apple Store in Portland was smashed and looted, a different Apple Store in Oregon was shut down over a potential bomb threat. According to The Portland Tribune a suspicious package was found near the store, along with graffiti that stated "Timmy, close the back door."

While the note was interpreted as a possible threatening reference to Tim Cook, the bag turned out to contain red Apples. A 47-year-old woman, thought to be responsible, was issued citations for criminal mischief and disorderly conduct.

A Mississippi man who drove to Alabama to buy a cheap used iPhone from someone he met on the Letgo app was was shot and killed there. AL.com reports the sellers had lowered the price of the iPhone 11 to entice the man to drive further.

The body of the 45-year-old man was found in an abandoned house in Bessemer, Ala.

U.S. Immigration and Customs Enforcement (ICE) on May 15 announced the indictment of 10 alleged members and associates of the notorious international criminal organization MS-13, on such charges as murder, attempted murder, conspiracy, and weapons charges.

According to the indictment, one of the murder charges included as evidence photos of the deceased taken with the iPhone of one of the defendants, a photo that was found in that defendant's iCloud account. The indictments were unsealed by the U.S. Attorney's Office for the Eastern District of New York.

Al-Azhari is said to have attempted to buy weapons from an eBay seller who was actually an undercover FBI agent. Tthe FBI claims that while monitoring his communications, they discovered "self-shot videos on Al-Azhari's iPhone in which he showed off guns, mimicked shooting people and announced his support for the Islamic State."

.@CBP officers in Pittsburgh again encounter a huge cache of counterfeit Roku remotes, plus some Hisense remotes and AirPods. MSRP is about $112K, if authentic. Read https://t.co/Xs8kY6q0zU #IPR pic.twitter.com/MJ2n0JHoJI

The CBP said the fake products arrived in multiple shipments from Hong Kong, and if legitimate would have had a total retail value of $112,000.

A federal judge ruled June 2 that evidence taken from the iPhone of Brooklyn Supreme Court Justice can be used against her in a criminal case. The New York Law Journal writes Justice Sylvia Ash had sought to suppress evidence from the iPhone, which was issued to her in her former capacity as a board member of the state-chartered Municipal Credit Union.

Justice Ash has been indicted on obstruction charges, concerning a probe into financial shenanigans at the credit union, whose former CEO pled guilty to stealing nearly $10 million. The indictment against Ash alleges that she wiped the iPhone of messages, and also made false statements to investigators.

A U.S. district judge on May 20 rejected an attempt by AT&T to toss a lawsuit filed by an investor who says the carrier failed to prevent the theft of nearly $2 million worth of cryptocurrency from his iPhone.

According to a report by the cryptocurrency news site Cointelegraph, investor Seth Shapiro sued AT&T in the fall of 2019, claiming that the company failed to protect him from a SIM swapping scheme that included two AT&T employees. U.S. District Judge Consuelo Marshall rejected a motion by AT&T to dismiss the suit.

AT&T was also sued in 2019 by another crypto investor, Michael Terpin, who in May filed yet another suit alleging the mastermind of the SIM swapping scheme was 15 years old at the time of the theft.

An Alabama man was arrested in late May and charged with stealing over 40 iPads and 25 iPods, with assistance from other suspects. Alabama News reports the accused man sold many of the devices via Facebook Marketplace, Letgo, and eBay.

Chicago man accused of stealing ID, package with Mac in it

In an alleged crime more sophisticated than a typical porch pirate situation, a man in Chicago had a UPS package with his order of a new Mac stolen, by a thief who he says stole his identity to do it. According to CBS Chicago, the thief used a fake version of the package recipient's ID to take the package directly from a UPS driver.

The incident was caught on video, and the thief was wearing a mask and blue scrubs. The theft victim said that Apple was conducting its own investigation and had promised to send a replacement package.