AppleInsider
Posted: June 16, 2020 12:37PM
in iPhone
Future iPhones and Apple Watches could have intelligent vent covers that could allow air to flow and cool components, while at the same time vaporizing any moisture to keep it from entering the device. 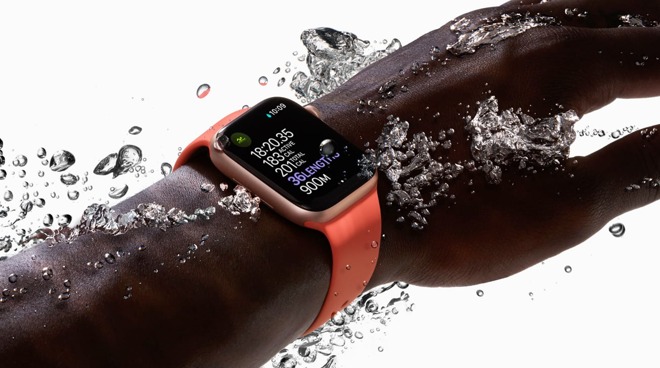 Electronic devices can be negatively affected by changes in temperature, such as if a Mac throttles while under intense processing loads or a smartphone warming up while charging. The thermal needs of a device can call for the use of thermal management systems, to cool important components.

Mobile devices also need holes in the casing to enable certain features to work, such as microphones or speakers.

One of the most obvious ways to provide a level of cooling is the inclusion of vents, which can funnel cool environmental air into a device's internal cavities while expelling warm air. While this is useful, it is limited in utility for some devices that are offered to consumers with water resistance, like an iPhone or Apple Watch, as a vent is an inlet to more than just air.

As well as the risks of submergence or rain, the vents could also allow water ingress, or moisture in the air to enter a device and affect its internal components. 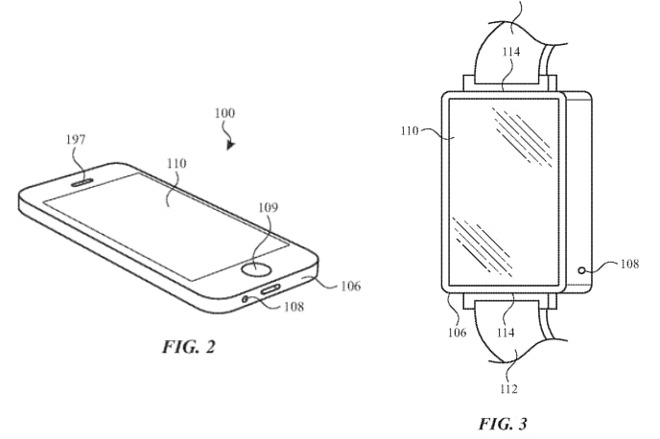 Images of an Apple Watch and iPhone found in the vent patent.

In a patent granted to Apple by the US Patent and Trademark Office on Tuesday titled "Intelligent vents for electronic devices," Apple proposes the inclusion of vents with covers that separate an internal cavity from the outside world.

The claims suggest the use of a cover that has "air-permeable, liquid-resistant" properties, a sensor included within the cover used to detect any occlusions, and a mitigation component that can get rid of said occlusion. In short, a cover with a sensor that activates an element that gets rid of blockages.

As the cover would have the capabilities of filtering air and moisture, this would allow the device to retain its water-resistant claims and functionality. The occlusion mitigation element simply makes sure it doesn't get clogged.

The cover could have some form of conductive-detection measure as its sensor, including conductive traces, conductive threads, a conductive polymer material, or a conductive plate. By detecting the presence of moisture or another item, the cover sensor could then employ the mitigation features to remove whatever is interfering with its normal operation. 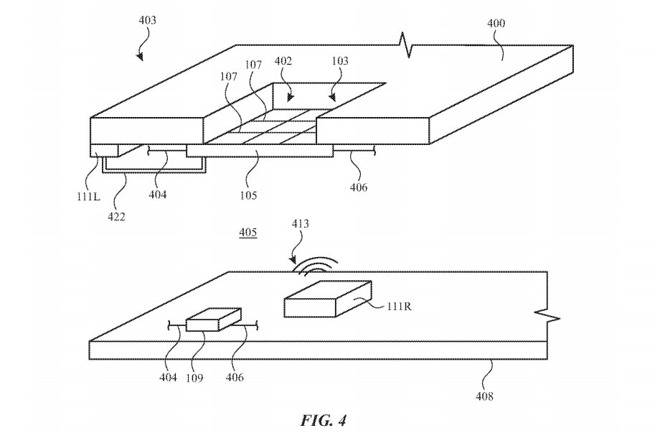 The occlusion mitigation component could also take many forms, with the most obvious being a "vibratory component" that could shake off droplets or other debris, or even take the form of an "ultrasonic piezoelectric water vaporizer." The cover could also use an infrared heater for the mechanism to quickly deal with any residual water.

Apple files numerous patent applications on a weekly basis, but while the filings indicate areas of interest for Apple's research and development teams, it does not guarantee the concepts will appear in a future product or service.

Water resistance has been a feature Apple has been keen to improve upon in its patent filings, with it appearing in multiple forms over the last few years. One similar cover-based filing in 2016 proposed the use of a mesh "umbrella" to protect an iPhone's speakers from water ingress, while another from 2015 suggested using electrodes and acoustic blasts to expel water from a speaker cavity.

Apple has also explored ways to make larger ports, such as Lightning connectors, act in a more water-resistant way. Such ideas include the use of rubber rings on the connector as a form of gasket, deformable materials, and even replacing the port with a flat cavity-less section that takes advantage of "waveguides" for data transfers.

Not all patents have related to preventing the ingress of moisture. One April 2020 patent describes how an Apple Watch could determine if the wearer is potentially drowning, by analyzing the water itself.