App Store Connect gets mobile-friendly redesign ahead of WWDC 2020

AppleInsider
Posted: June 16, 2020 9:11PM
in General Discussion
Just a few days ahead of WWDC 2020, Apple on Tuesday reworked the App Store Connect interface with a new design and better support for mobile. 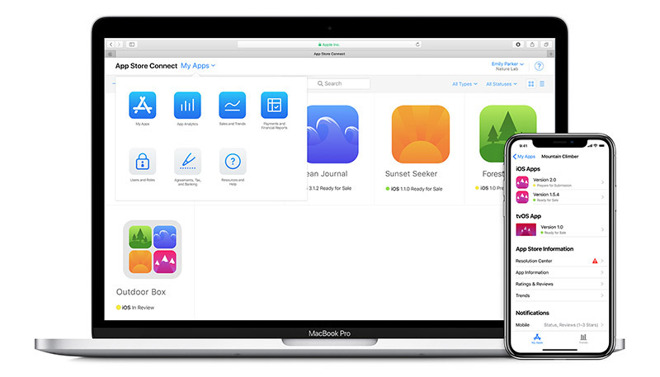 App Store Connect, which debuted in 2018, is a hub for developers to submit, monitor and manage their App Store apps. When it launched, it replaced the previous iTunes Connect management suite.

On Tuesday, with less than a week before WWDC, Apple gave the platform a new redesign with a streamlined user interface and more robust support for mobile devices. The change was spotted by various developers on Twitter.

The friendlier support for mobile devices was also praised by developers on social media since the previous version of the web interface was widely criticized for being unusable on iPhones and iPads. Apple does have an App Store Connect mobile app available, but it doesn't contain all of the features of the actual website.

The new redesign comes just a few days ahead of Apple's WWDC 2020 keynote, which kicks off at 10 a.m. Pacific / 1 p.m. Eastern on Monday, June 22. The keynote will be streamed via Apple's Events webpage and the Apple TV tab, as well as on YouTube and the Apple Developer app.
Sign In or Register to comment.