AppleInsider
Posted: June 16, 2020 11:42PM
in General Discussion edited July 2020
Apple on Tuesday published a YouTube landing page that will serve as the Worldwide Developers Conference's livestream hub once festivities kick off next week. 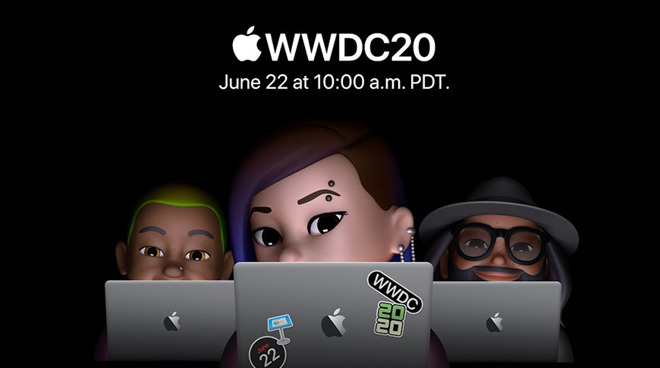 The page invites viewers -- expected to include thousands of developers and members of the general public -- to set a localized reminder for the upcoming livestream slated to begin on Monday, June 22, at 1 p.m. Eastern, 10 a.m. Pacific.

Apple's placeholder features imagery that has been used to advertise the all-virtual conference since its announcement in March. Specifically, Memoji avatars are seen sitting behind MacBook screens emblazoned with WWDC 2020 stickers and other paraphernalia. 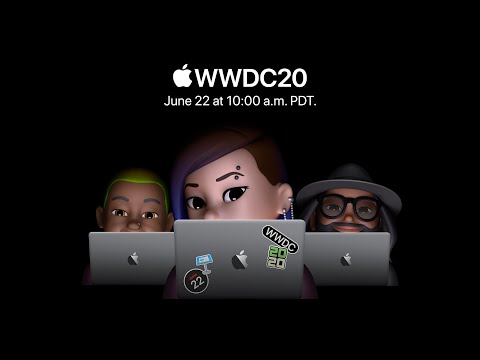 The tech giant has in the past turned to social media outlets to advertise upcoming events. In 2018, the company issued a promoted tweet that, when "liked," enrolled users to receive an automated reminder to tune in to what would be the launch of iPhone XR and XS. The same Twitter feature was used earlier that year for WWDC 2018.

This year's developers conference is expected to bring word of iOS 14, macOS 10.16, watchOS 7 and tvOS 14, with each platform anticipated to gain new features and capabilities. Fresh hardware, like a rumored 2020 iMac redesign, might also see unveiling at the keynote on Monday.

More significant to Apple's future, recent rumblings claim the company will use WWDC 2020 as a platform to announce a long-rumored shift to ARM-based Macs. An ARM-powered device is not expected to ship until the end of 2020, at the earliest, but the decision to move away from Intel will mark an important step toward owning Mac's hardware stack.

Alongside the YouTube stream, Apple will air WWDC's special keynote address on Apple.com, the Apple Developer app, the Apple Developer website and through the Apple TV app, while Tencent, iQIYI, Bilibili and Youku are scheduled to present the event in China. AppleInsider will offer live coverage of the day's proceedings starting at 10 a.m. Pacific, 1 p.m. Eastern.