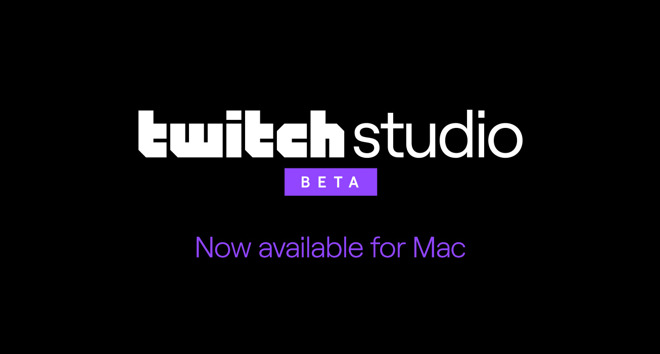 The software, which allows Twitch creators to easily broadcast livestreams to the platform, first launched to Windows users in beta back in November 2019. On Wednesday, the streaming platform announced that the app will be available as a beta for macOS users for the first time.

The Twitch Studio platform allows streamers to easily share video and audio stream, interact with audience members, and personalize the looks of their streams. Users can also connect their iPhone or iPad to Twitch Studio to share those screens.

While the base Twitch app has long been available on iOS and macOS, the platform debuted on Apple TV public beta app in September 2019, before officially launching in October of that year.

Twitch Studio for Mac can be downloaded from the company's website here.