AppleInsider
Posted: June 19, 2020 12:17AM
in Apple Watch
A new video from popular YouTube channel "The Slow Mo Guys" gets up close with Apple Watch's water lock feature, which plays a series of tones to expel liquid from the device chassis and away from its speaker. 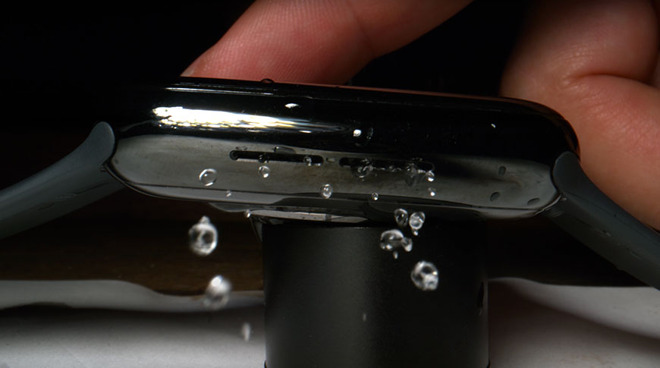 Available on all Apple Watch models from Apple Watch Series 2 to the current Series 5, Water Lock is a Control Center option that prevents inadvertent touchscreen input when swimming or using Watch near liquids. It also clears water from the speaker cavity after the device is submerged.

Like most speaker systems, the miniaturized mechanism in Watch is designed to propagate acoustic waves through air. When fluids are introduced onto or near the speaker diaphragm, the system is unable to accurately reproduce generated sound, leading to muffled output.

To allow Watch to operate in all conditions, and maintain a clear diaphragm-to-air interface, Apple implemented a unique solution capable of expelling water that might become trapped behind the speaker grille.

Described by Apple as a "series of tones," Watch pulses its speaker at relatively low frequencies. This vibrates the diaphragm and causes water and other liquids to break free of the membrane and be pushed out of the small speaker chamber. 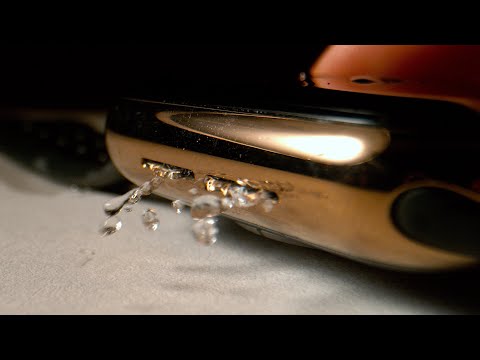 As seen in today's video, the system is quite effective at moving large quantities of water out of the device. That said, the operation can leave some residue behind.

Apple is expected to include Water Lock in a next-generation "Apple Watch Series 6" that should see introduction this fall.