AppleInsider
Posted: June 21, 2020 12:03PM
in iPhone
An indictment for a SIM swap scam that defrauded Apple, a tracked iPhone leads to assault charges, ill-advised cursing at the judiciary, and more from the Apple crime blotter. 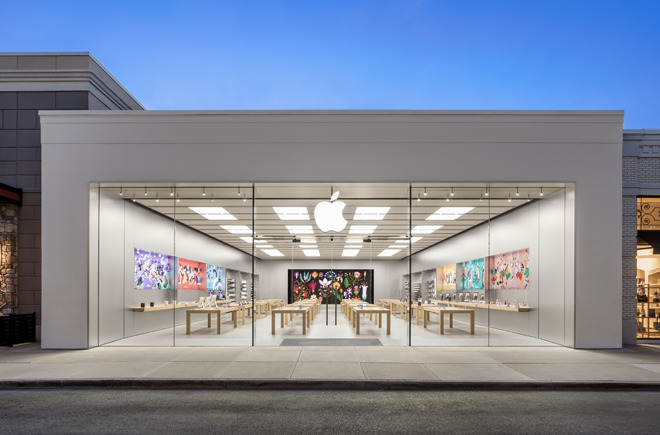 It widely reported, following the looting of Apple Stores following the killing of George Floyd, that Apple was disabling and tracking all stolen iPhones taken from its retail outlets. There have, however, not been any news reports to date of such tracking leading to arrests of those who stole from Apple Stores specifically, nor has there been any news about the busting of organized retail theft rings.

KTLA reported that police in San Bernardino, Calif., used a tracker from a stolen iPhone 11's box to arrest two men who they say looted from a T-Mobile store on May 31.

According to KOIN, police in Portland, Ore., are "attempting to ID suspects seen looting a downtown Apple Store." The Los Angeles Times reported the LAPD and other agencies are collecting evidence related to the looting.

It wasn't connected to the looting, but a Pennsylvania man was arrested after a stolen iPhone was tracked. According to WFMZ, police in Allentown, Pa., arrested a 21-year-old man after they say he assaulted a maintenance man during an argument over a parking space.

When the victim took a picture of the man's car, which was parked where those at the building said it shouldn't have been, the man took the phone and "punched the man in the head several times." When a Find My iPhone signal pinged in the man's apartment, his mother agreed to call him, at which point he returned to the apartment and was arrested.

The man was charged, per the report, with two felony counts of robbery, misdemeanor counts of theft, simple assault and receiving stolen property and a summary count of harassment.

For the second time in June, U.S. Customs and Border Protection announced they have seized counterfeit AirPods. CBP said that on June 1, officers "seized a shipment from China containing 25 counterfeit 'Apple' AirPods" from a DHL Express Consignment Carrier Facility in Chicago.

If authentic, the AirPods would have been valued at $3,975. On June 3, CBP in Pittsburgh announced it had seized 120 Apple AirPods, in addition to 4,700 counterfeit streaming system remote controllers in April and May.

Police in Tyler, Tex., searching a man's iPhone in connection with a narcotics investigation found evidence of another crime: The owner of the phone appeared to have committed an alleged sexual assault in Arlington, which he recorded with his phone.

According to My Texas Daily, police had been investigating the assault and were even aware that the suspect had a red iPhone. Once they matched the video to the open case, the man was arrested, and charged with aggravated sexual assault with a deadly weapon and the drug charges.

A 20-year-old California man has been indicted on a federal count of wire fraud, for his alleged part in a SIM swap scam that involved iPhones and the alleged defrauding of Apple. Richard Yuan Li was charged by the U.S. Attorney's office for the Eastern District of Louisiana, and accused of defrauding 20 different people.

According to the indictment, the scheme entailed telling an Apple customer service representative that the co-conspirators had not received an iPhone 8 that they ordered. They then, per the charges, used SIM cards to swap the phone number of a victim to the illegally obtained iPhone 8.

The use of the illegal phone in interstate commerce is what triggered the federal charges.

Police in Columbus, Ohio, are looking for a man who they say used a stolen credit card to buy a computer from the Easton Town Center Apple Store in March of 2019. According to 10 TV, police believe the man stole a credit card from a local YMCA and used it for the illegal purchase.

A man in the U.K. was arrested for stealing an iPad charger from one car and attempting to break into another. Daniel Whitelaw then made the highly ill-advised decision to repeatedly curse out the judge when he was brought to court.

According to Chronicle Live, the 24-year-old man was brought to the dock, and told the judge "I'll remember your face, you dirty c***," and a "b*****d." His attorney later apologized to the court on his behalf.

Whitelaw remains in custody and will be appearing via video link at the same court for his trial on July 14.