AppleInsider
Posted: June 22, 2020 5:27PM
in General Discussion edited November 2020
Apple has given Siri a major update in iOS 14 with a new user interface design and a built-in Translate feature. 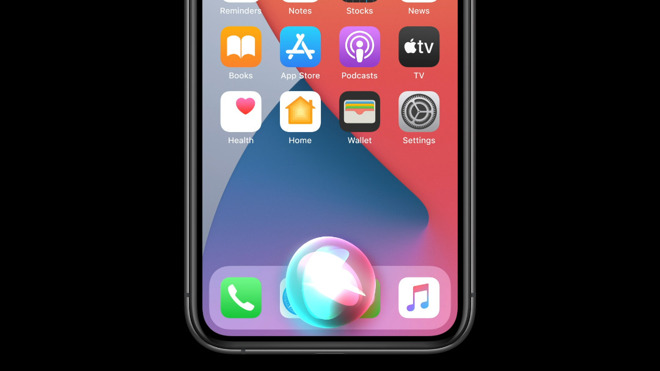 One of the biggest changes to the Apple digital assistant is an overhauled user interface that doesn't take up the entire display. Instead of the full-screen Siri pane, Siri will actually pop up as a small icon at the bottom on the display. Answered Siri requests will also be less intrusive, with details and information appearing as notification boxes at the top of the screen.

Siri is also getting a new Translate app that will support full and real-time translations across multiple languages. The feature is privacy-respecting and works completely offline.

At launch, Translate will support 11 languages, including:

Rumors of a built-in translator first surfaced earlier in June. In Apple's previous iOS 13 update, it also redesigned the volume HUD to be less obtrusive, similar to what it's done for Siri.