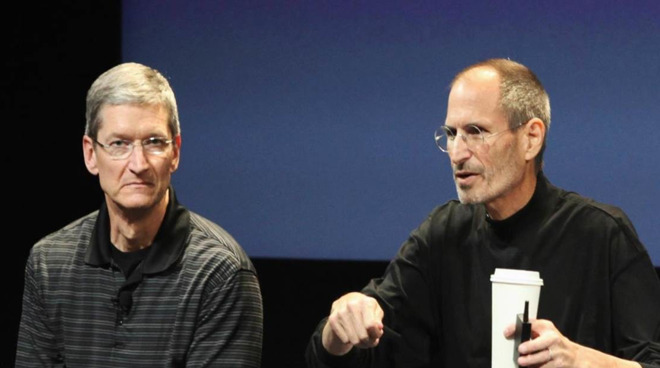 We've previously recommended that watching the WWDC 2020 keynote is a good idea, both because it's an excellent roundup of what's happening -- and because it was just so very well done. However, there is one section that is likely to get viewed over and over again, and long after 2020 is behind us.

It's the final segment of the show, starting at one hour and 26 minutes in to the presentation. This is where Tim Cook sells us all on the move away from Intel. It's as deftly done as the rest of the presentation, and it easily replaced the phrase "ARM Mac" with "Apple Silicon."

The reasons it will get rewatched are the same as the ones for why Steve Jobs's 2005 announcement about moving to Intel are.

Both Cook and Jobs had to convey a technically quite complex issue -- compare a processor transition to the launch of new emoji -- and one that is crucial to the company. It's a transition that will see hardware sales drop for a time, but it is also one that could potentially see developers abandoning the Mac.

These presentations have to sell us on the transition, they have to make us think it's essential, that it's for our benefit -- and that it will be easy.

In one corner, Steve Jobs with his famous on-stage presence, his salesman skill that has had books written about it. And in the other corner, Tim Cook, highly respected but not especially known for that same kind of attention-grabbing presentation. It's not as if he's Steve Balmer, but he's not Steve Jobs either.

"Let's talk about transitions," he continued. "The Mac in its history has had two major transitions so far, right? The first one: 68k to PowerPC. And that transition happened about ten years ago in the mid 90s. I wasn't there then, but the team did a great job from everything I hear."

It was the last item in the presentation, and Jobs took us through the news of the transition, plus specifics of its timetable, in about 40 minutes. That included bringing four guest presenters on stage, including ones from Microsoft and Adobe.

Flashforward 15 years and Tim Cook was on video at WWDC 2020, on June 22, recorded at an empty Steve Jobs Theater in Apple Park. "Today is going to be a truly historic day for the Mac," he began. "Today we're going to tell you about some really big changes, how we're going to take the Mac to a whole new level."

Cook took us through the news of the transition, the unveiling of the name Apple Silicon, and on through some broad timetable details, in about 22 minutes. That included bringing three other presenters in, though they were all from Apple.

They did also tell us, though, about how Microsoft and Adobe had already made the transition.

It's curious how Cook used more hyperbole than Jobs, using phrases like "historic" and "whole new level," where the 2005 presentation was actually a bit lower-key. In 2005, the showman Jobs wanted to show that this was a necessary move, and that Apple was going to easily take it in its stride.

Jobs explained how move was essential for the future of the Mac, then he did the trick of revealing that the Mac he'd been using throughout the presentation was an Intel one. Finally, he demonstrated the Rosetta software that would mean people could use their older apps, and extolled developers to get to work with the new Developer Transition Kit.

Back in 2005, two years before the iPhone launched, the Mac was more important to Apple than it is now. Jobs wanted people to be excited by the move, he wanted to attract users back to the Mac, but overall he wanted this to be seen as close to being business as usual as he could. Apple was doing this because it was necessary, and because it would bring us clear benefits.

In 2020, Cook sounded more like he needed to drum up excitement. Apple can now afford to take a hit in its hardware sales if people stop buying while they wait for the new Macs. But he wants them waiting, he wants them waiting and then eagerly buying. He doesn't want people to drift off to the PC.

So he did make more of a drumroll about it. Although, just the fact that the coronavirus lockdown means that this was all on video instead of on stage did give it an extra urgency, and extra push.

Cook covered exactly the same ground, talking about the performance benefits, conveying how a major change like this was just business as usual for Apple. He covered why moving to Apple Silicon was essential and he extolled developers to get the new Developer Transition Kit.

And this time it was Craig Federighi who got to pull the stunt of revealing that the Mac we'd seen used for demos earlier in the keynote was an Apple Silicon one.

Is Tim Cook sincere, or praying?

Apple's move from PowerPC to Intel worked. That's undeniable on any level from technological to straight marketing. Apple made that giant move -- which Microsoft has never managed -- and made it so smoothly that we think it was easy.

We can't know yet whether Tim Cook, or the Apple of 2020, can make the ARM move so successfully. But crucial to both transitions was the need to get developers and customers on board.

In 2005, Jobs did that by laying out the plan, the road map, and sticking to it. Apple actually completed its transition far faster than expected, but faster is fine, slower is not. Apple was clear and Apple delivered.

Right now, we can only know that Apple was clear. We might wish that Cook had told us which Mac was going to get Apple Silicon first, but Jobs didn't tell us that with Intel either.

And just look at that name. No one leaked it, no one expected it, but now everyone uses the phrase "Apple Silicon." Tim Cook announced it and we've all instantly embraced it.

Apple has made the transition sound necessary, and obvious, and even painless. We'll find out just how painless it is eventually, but both Cook and Jobs needed to sell this idea.

And the two very different CEOs did it in remarkably similar ways.