Apple Watch sleep tracking was planned for over five years

AppleInsider
Posted: June 29, 2020 6:05PM
in Apple Watch
Sleep tracking has been an intended feature for the Apple Watch for the last five years, Apple VP of technology Kevin Lynch has revealed in an interview, with its inclusion in watchOS 7 and iOS 14 being a sign Apple is keen to do more with its years of research on the subject. 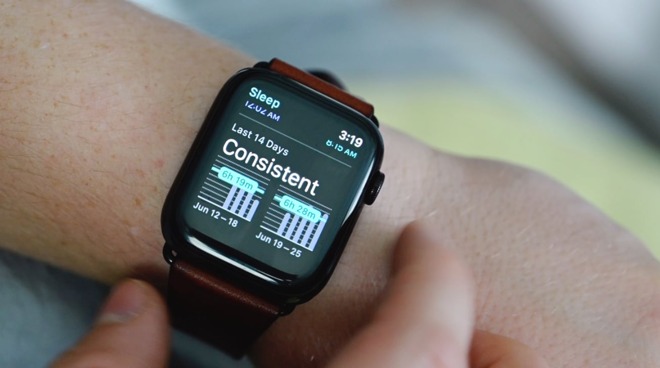 A long-rumored feature of the Apple Watch, the added sleep-related functionality intends to make a night's rest better for its users, including encouraging users to set a daily routine before they go to bed. While it is an expansion of Apple's existing Bedtime feature in iOS, the move from a simple sleep-time metric to something more advanced has been on the cards for quite some time.

In an interview with CNET, Lynch confirmed sleep tracking has been on the product roadmap of the Apple Watch since its original debut. Apple has been conducting sleep research for many years, including using EEGs for measuring sleep compared to an Apple Watch, but only now is it becoming a bigger thing for Apple to present to users. 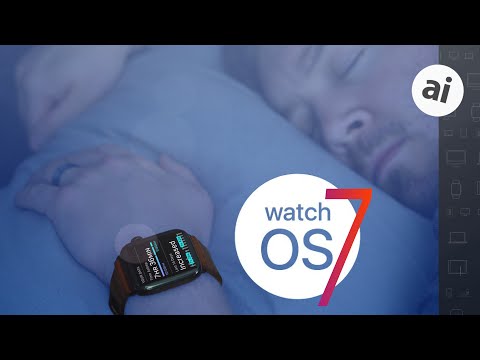 On the subject of the Wind Down feature, which helps set the bedtime routine, Lynch explains the establishing of a routine is important to sleep quality. "Many sleep apps show information about REM cycles and other data like that, and we've looked a lot into that," said the VP.

While studies using EEGs allowed for the monitoring of electrical activity in the brain during sleep, Lynch admits "we've learned a lot about how the main thing here is really about duration," rather than actions. While movement of limbs may be treated as an input for monitoring via an Apple Watch, Lynch suggests "it's not an complete picture of what's going on inside your brain."

Apple's decision to limit the data it provides to users is based on the results of those studies, and that it didn't provide seemingly useful data to users. "It can be overwhelming and stressful to look at that data," he proposes about tracking results from sleep analysis apps. "You can't really coach yourself to have more or less REM stages." 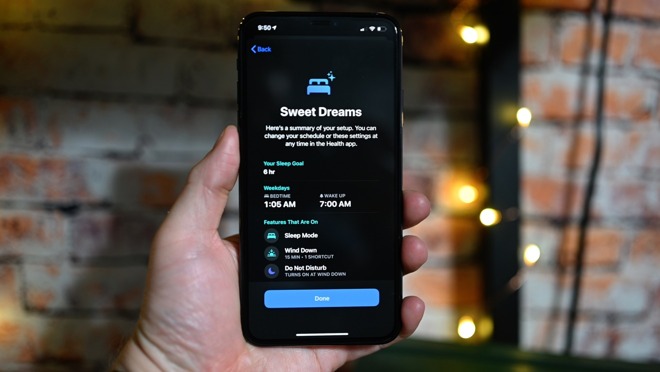 Sleep tracking setup on an iPhone

Believing it wasn't the best approach, Apple instead looked at how users prepared to sleep as a more actionable process. A routine "will result in people getting a better night's sleep, which then has secondary effects of perhaps your REM stages sorting themselves."

To further take away stress of needing to improve sleep, the tracking in the Health app will avoid nudging the user with negativity, instead opting for positive reinforcements where possible. The anxiety of going to sleep can "actually cause more problems," Lynch suggests, with people "already well aware that they haven't been getting enough sleep."

Much like other health-related elements in the Apple Watch and elsewhere, Apple doesn't intend to see any of the sleep data generated by its users. The internal studies, which relied on "thousands of people," were instrumental in creating the machine learning models used for the analysis, which is performed only on the user's iPhone or Apple Watch.

"We treat the data that's being collected on a user's device with a high level of sensitivity around privacy," Lynch claims. Even so, there is always the possibility Apple could open up some form of public study into sleep similar to its existing heart and hearing projects, possibly to determine links in sleep-related conditions.