AppleInsider
Posted: July 1, 2020 3:17PM
in General Discussion
Apple freezes updates for thousands of mobile games in the App Store in China while facing pressure to comply with the government's local regulations. 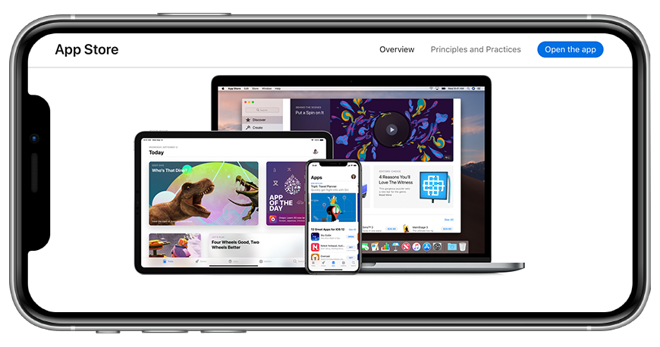 Chinese gaming revenue is an integral part of Apple's income for the App Store, but the restrictive rules set forth by the Chinese government makes earning money a challenge for foreign developers. Developers have been informed they require licenses from Chinese regulators to continue offering their games in the iOS App Store from July onwards.

To put it in perspective, China's App Store hosts around 60,000 games that either require upfront payment or have optional in-app purchases. Only 43,000 licenses were granted in the last decade, and under 1,600 were issued in the previous year.

China restricts content on a vast number of factors, ranging from anything considered too politically "taboo" to inappropriate character appearance. Game developers are expected to comply with the rules and show proof of license to make their games available for download.

Apple had managed to avoid such regulations until now, even though the rules had been in place since 2016. Other App Stores, like those run by Huawei and Xiaomi, have been complying with the regulations for some time now.

"No one is entirely clear how Apple managed to avoid enforcing the 2016 licensing rule for so long. But considering the US-China trade war began heating up earlier this year, the timing is suspicious," Todd Kuhns, marketing manager for the consultancy group AppinChina, told the Financial Times. The company estimates that Apple could now lose up to $879 million in lost sales.

Now, Apple has begun freezing updates for thousands of games in China's App Store as it likely prepares to remove the games if they don't submit proof of license.

Some developers stopped hosting their apps in China's App Store, assuming that Apple would remove the games in the future. Electronic Arts, for example, had posted an in-game notice telling those who played Star Wars: Galaxy of Heroes that it was suspending in-app purchases, and that they anticipate their app to be removed in the future.

Liu Wei, a lawyer at Beijing's Dare & Sure law firm, told the Financial Times that Apple's problems are related to the US-China trade war.

"Apple is taking relatively high risks in China, because they are providing internet 'value-added' [content] services, while other foreign companies have left that sector."

However, some analysts believe that Apple will not lose nearly as much as others estimate. Charles Chai, vice-head of research at 86Research -- a Shanghai-based equity research firm -- estimates that Apple will only lose $340 million in lost sales. He notes that 90% of the 200 most popular games on the App Store -- which account for about 80% of App Store game revenue -- are licensed.

In February, the ongoing coronavirus outbreak in China has led to popular game "Plague Inc" to be pulled from the country's App Store after China decided it was illegal -- despite having been available for eight years.

In December, Apple was served, and complied with, a request from Chinese authorities to remove all instances of the New York Times news app from its regional App Store for violating unspecified local laws. The app was later removed in January.