Some users unable to access iCloud web portal [u: fixed] 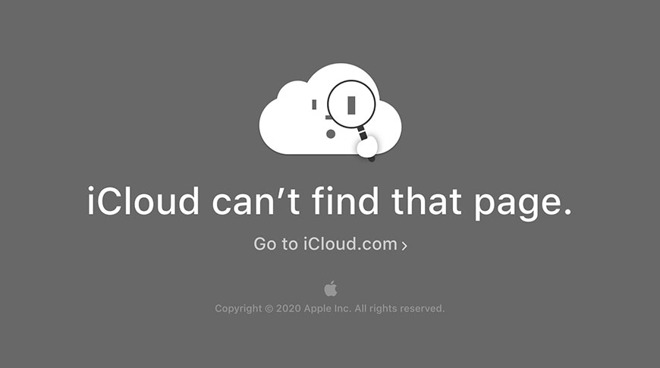 As seen in the screenshot above, iCloud.com appears to be down for some users. The extent of the outage is unknown at this time.

Apple in an update to its system status webpage confirmed an "issue" is impacting iCloud web apps. The company is investigating the problem and will update users as more information becomes available.

Problems began at 3:25 p.m. Pacific, according to Apple. It is unclear when service will be restored, though issues are typically resolved in a few hours. AppleInsider checks show iCloud.com is intermittently available at the time of this writing.

Update: The problem was resolved at 5:10 p.m. Pacific.