AppleInsider
Posted: July 17, 2020 2:13PM
in General Discussion
In an attempt to secure a place in the iPhone supply chain, AirPods supplier Luxshare has purchased an iPhone plant for $472 million dollars. 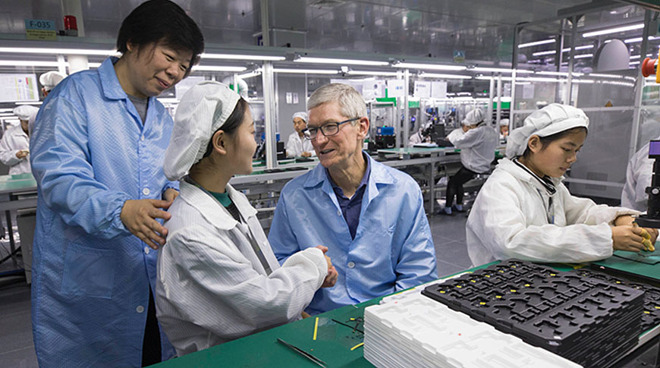 While Luxshare is already in Apple's supply chain as a major assembly partner for AirPods and the Apple Watch, the company has hopes of becoming a top iPhone manufacturer.

To do so, Luxshare is purchasing two Chinese subsidiaries of Wistron for 3.3 billion yuan, which works out to about $471.5 million dollars, according to the Nikkei Asian Review.

"Soon after the final round of negotiations broke down between Luxshare and Catcher due to Catcher's overly high price, the Chinese company proceeded in its talks with Wistron," a source told the Nikkei Asian Review.

Wistron announced its intentions of selling the subsidiaries in a filing with the Taiwan Stock Exchange on Friday. While they did not specify which facilities were being sold, sources have confirmed that it was the iPhone assembly plant in Kunshan.

According to unnamed sources, the plan is fully supported by Apple. It's been suggested that Luxshare will take over iPhone assembly in China while Wistron plans to move a majority of its iPhone production to India.