AppleInsider
Posted: July 22, 2020 2:42PM
in General Discussion
The overall winner of the 13th annual iPhone Photography Awards has been announced, with the winning entry shot on an iPhone X. 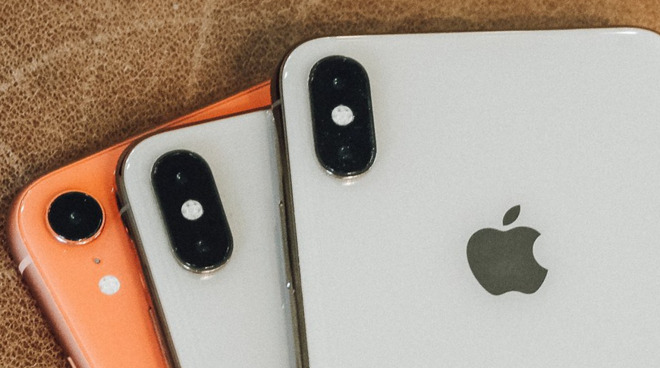 The winners of the 2020 iPhone Photograph Awards -- an annual contest solely for images taken with an iPhone or iPad -- have been announced. In this 13th year of the awards, the grand prize winner and also Photographer of the Year is Dimpy Bhalotia from the UK. She wins an iPad Air.

"The Grand Prize Winner and Photographer of the Year Award goes to street photographer Dimpy Bhalotia of the United Kingdom for her image 'Flying Boys,'" said the awards organizers in a statement on their website. "In it, three boys take flight from a wall into the Ganges River, their expressive limbs filling the sky with both tension and exuberance."

As well as the overall title, a first, second, and third place Photographer of the Year are awarded, each of whom win an Apple Watch. This year's top three also includes Artyom Baryshau, from Belarus, whose "No Walls" was shot on an iPhone 6.

In total, these iOS photography awards comprise 18 categories, ranging from Abstract to Travel, and Trees, each awarding three prizes. From those, American photographers took 11 awards, including 4 first-place titles, each winning a 1-gram gold bar. the while second and third receive palladium versions

Submissions for the 2021 iPhone Photography Awards are now being accepted. The deadline is March 31, 2021 and full details are on the official site.