AppleInsider
Posted: July 24, 2020 1:40PM
in General Discussion
Apple may be preparing to release upwards of a dozen feature-length movies a year to Apple TV+, according to sources familiar with the situation. 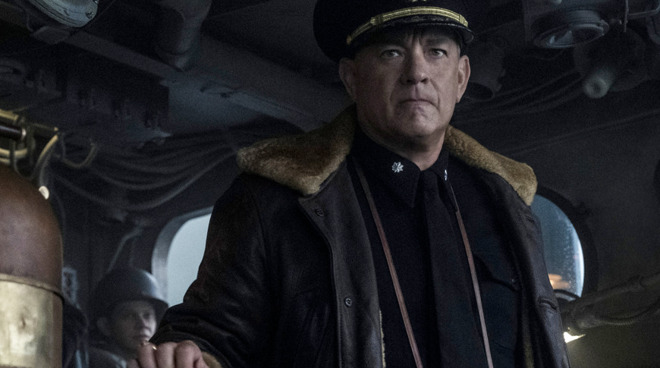 This new strategy comes after the success of Tom Hanks' Greyhound, a World War II drama that follows Hanks' character as he convoys dozens of ships across the North Atlantic.

Of the twelve movies a year, up to four would be comparable to Greyhound in scale, according Fast Company's sources. Another source said Apple has begun searching Hollywood for tentpole film projects.

At launch, Apple TV+'s strategy was to capture the prestige TV crowd by releasing its own straight-to-screen series like "See", "The Morning Show", and "Dickinson."

While Apple's strategy has included movies from the beginning, it often chose to highlight smaller, more intimate pieces, like "Hala."

A pivot to producing blockbusters, while somewhat risky, could help draw in more subscribers. While Apple doesn't release official viewing numbers, it was suspected that "Greyhound" 's opening weekend rivaled that of a traditional summer box office hit. Additionally, 30% of viewers who watched "Greyhound" were first time Apple TV+ subscribers.

With the ongoing pandemic, Apple will likely have the opportunity to pick up more movies that won't be seeing a traditional theater release. However, the company will likely follow its prestige motto, only picking up titles that fit its highly curated catalog.

"They don't want to be Costco," a source told Fast Company. "They want to be very curated."

Without a backlog of content, similar to how Disney+ subscribers can access Disney's entire movie library, Apple's willingness to adapt is critical. The move to host twelve films a year may help to bolster its subscriber count.