Future AirPods could use bone conduction for improved audio 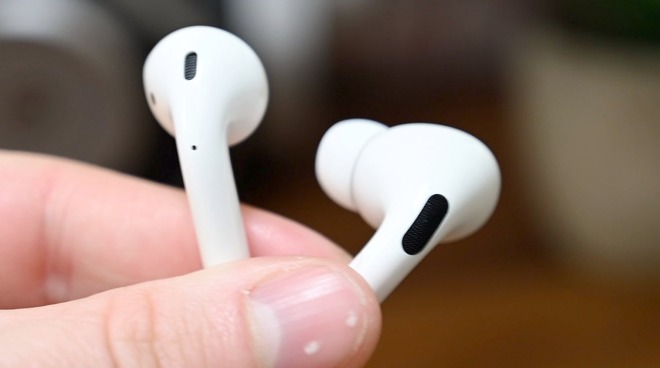 Over the years, bone conduction has been a way for people to listen to music or take phone calls using a headset, without relying on earpieces. Instead of transmitting sound through the air, bone conduction devices instead contact specific points on a user's head, sending sound into the skull and through to the ear, where the vibrations are translated into sound.

Such systems have their benefits, for example by enabling the ear canals to be free and allowing users to hear their environment at the same time as audio from the device. It is also useful in some cases where there is damage to the ear that prevents normal headphone or earphone use. It also helps in situations where air-based methods like speakers fail, such as if a user is underwater.

There are some drawbacks to bone conduction that limits its utility, with the first being its ability to work at high frequencies. While human hearing typically ranges from 20 Hertz to 20,000 Hz, bone conduction is only really effective at sub-4,000Hz levels, with audio quality deteriorating at higher Hertz ranges.

The fact that it needs contact with the head is also an issue, as it can tickle the user at high intensities, making it uncomfortable to wear.

In a patent granted to Apple on Tuesday by the US Patent and Trademark Office titled "Multipath audio stimulation using audio compressors," Apple suggests the issues with bone conduction could be mitigated, in part through the support of standard air conduction methods. 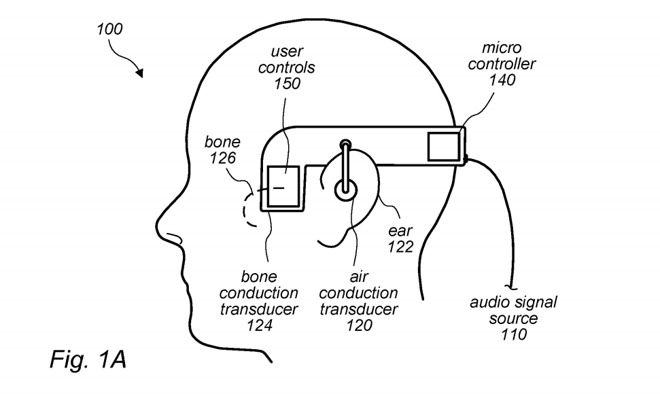 An example of a headset that incorporates bone conduction with normal earphone usage. 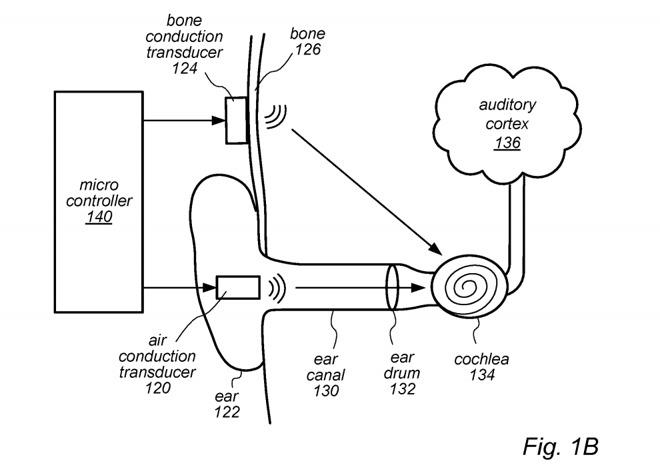 Both bone conduction and a speaker combined could cover a full audio range for the user.

Apple does suggest that the air conduction system is constructed in such a way that it does not block the ear canal from other audio sources, namely it would still allow the user to hear the environment.

The filing lists its inventor as Tomlinson Holman, and was initially filed on May 25, 2018.

This is not the first time Apple has looked at using bone conduction technology. Patent filings from 2014 and 2015 indicate it was looking into wireless earphones using bone conduction. Despite the years of work, Apple has yet to introduce some form of bone-conducting product, but the existence of its AirPods lineup seems like a suitable candidate for the technology's use.