Here are five alternatives to TikTok on your iPhone or iPad

AppleInsider
Posted: August 3, 2020 12:17PM
in iOS edited August 2020
With the threat of a presidential ban of TikTok looming, now may be a good time to find another service. Here's a few suggestions that could be the best replacement for you.

The highly-popular TikTok has received some heavy scrutiny for a variety of reasons. The issues in the last few months range from its practice of "clipboard snooping" to allegations that it is a potential danger to US national security, due to its ownership by the Chinese tech giant ByteDance.

In the latest twist of TikTok's existence, it has become the subject of a potential ban in the United States, after President Donald Trump declared one was happening soon. The threat has already made an impact, and Microsoft may or may not swoop in to take over TikTok's US operation.

Given the continued possibility of a ban being applied against the app, it may be worth considering alternatives that offer similar short-form video sharing features. Here are some options to fill the creative void:

The best replacements to TikTok on your iPhone or iPad

Created by one of the founders of the now-defunct Vine, Byte offers basically the same short-looping video concept, but in a modern package that is completely separate from Twitter. Users can record a six-second video that automatically loops, which can then be shared with friends and the rest of the Byte community. 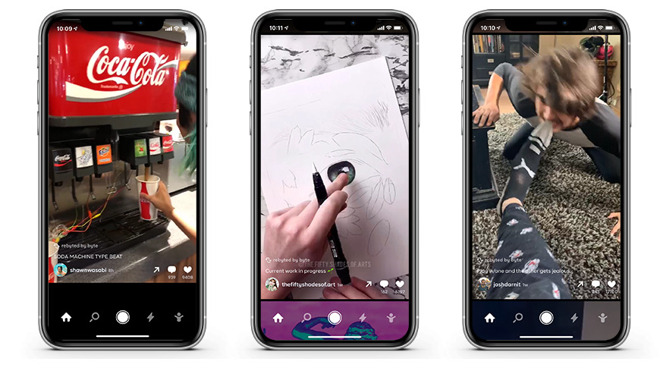 Byte's main interface is clean, but similar to other TikTok-style apps.

There are many similarities between Byte and Vine, but Byte is more focused on the looping element rather than making video memes or other short-form videos. This lends itself to music quite well, as the timeframe is enough to create a basic melody that could be repeated into a never-ending tune.

There are many other genres of videos available to view, including categories for books, rats, dreams, Minecraft, food, and animation, among other topics.

For video creation, the app offers some basic tools to fill out the six seconds, including a self-timer, clip insertion, and options to add floating text, photographs, and GIFs to the scene. The most useful feature is the ghost function that overlays a translucent image of the final frame from the most recently captured clip, making it ideal for making sure visual elements line up correctly.

A relatively older app that's still popular, Dubsmash is a lip-synching app, in that the main focus is on creating a video to go along with a pre-existing soundtrack. Many videos on TikTok use the same idea, making it closer to TikTok in terms of features than Byte and many others.

Users can record a video from the service's own library of sounds, or supply their own audio. Various effects, filters, and other additions can be made to the video to improve it, or more appropriately, to make it stand out from the crowd. 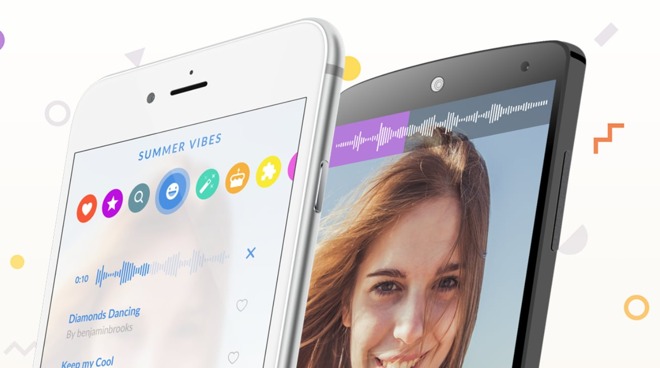 Dubsmash offers a waveform view to help with lip-synching.

Given the longevity of the app, its large number of downloads over time, and its similarity to TikTok, it's hard to recommend many other apps than Dubsmash for those wanting TikTok, but elsewhere.

Billed as the "easiest to use and most fun video editor," Funimate aims to offer "never before seen real-time effects and transitions" to its users. On that front, Funimate seems to be selling itself correctly, as it includes more than 100 video effects, as well as transitions, intro and outro animations, and music video-style effects.

It also offers the usual assortment of emoji, stickers, and text overlays in a variety of styles, but it also allows users to draw effects on the screen as well. 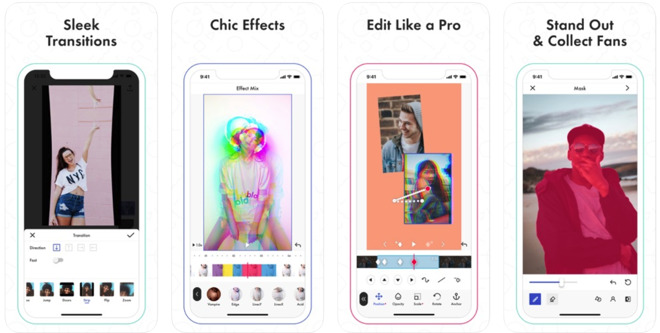 Funimate's advanced editing features may win over those wanting more control over how videos appear.

Though it has its own platform for sharing with other Funimate users, it is more likely that the app will be used for its editing capabilities, before sharing the videos on other established social networks. Users can also share Funimate videos privately via WhatsApp directly from within the app.

Not all of the effects will be available in the free version, as some come under the optional Funimate PRO subscription that costs $2.99 per week. The subscription also removes ads from within the app, as well as the app's watermark.

Easily the best known of these alternatives, the Facebook-owned Instagram is an immensely popular online service for showing still images. However, it's also possible to post short-form videos onto Instagram.

The shortest video a user can upload to the main Instagram service is 3 seconds, and the maximum is 60 seconds. They're uploaded by first by selecting the videos from the iPhone's camera roll, via the Instagram app.

It's possible to select multiple videos, but it takes an extra step. Having selected the first video, users have to tap a button marked Trim followed by a plus sign icon. That then lets the user select any number of extra clips.

This Trim control is also used for altering the lengths of videos, either for art or for keeping within the upload limits. It's only a very basic editor that allows cutting the start and/or end of a video, however.

The main Instagram service supports videos in landscape, but when one is made from multiple clips, they will all appear in a square format which can't be changed.

As well this ability to host short videos, what may make Instagram more of a strong TikTok competitor is Instagram Stories. These use only vertical videos and they are erased after 24 hours.

On the face of it, Triller is quite close to TikTok in concept, as it easily allows users to produce lip-synching, dancing, and other videos that can be shared with others. Millions of songs are available to use, as well as a large collection of filters and other add-ons that can be used, including some artist-exclusive filters such as for John Legend and Megan Thee Stallion.

Where Triller differs is in its editing. Rather than just relying on the user learning how to best use the available tools to create a video, Trillier instead offers the option of using an "AI-powered" tool. 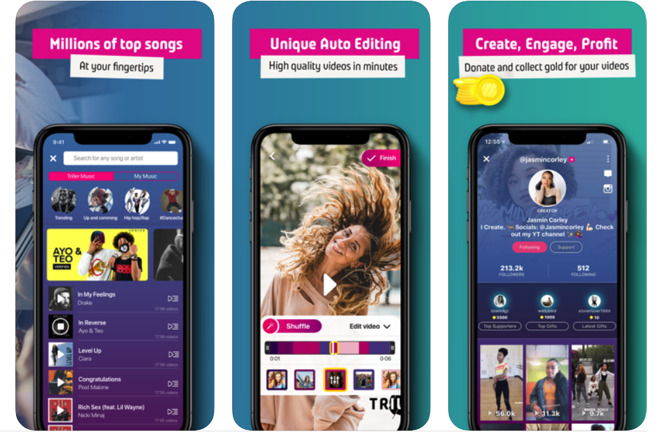 Triller's strengths are its music library and its AI editing platform.

Users can take advantage of the tool by providing multiple clips, such as multiple takes for the same song or soundtrack, which the app's automated editor will then edit into a music video on their behalf.

Another advantage Triller has is that, as well as allowing users to listen to full songs instead of short clips, there's also the option to use music that's stored in the user's Apple Music or Spotify accounts.

As it is music-heavy, Triller is obviously leaning towards related musical content rather than short-form clips of other genres. Even so, it is an attractive option for those who like to sing or dance on camera.

Despite the similarities and overlaps between all of these services, social media apps that succeed do each have their own distinct flavor. TikTok succeeded not so much on technical grounds but on the way that it offered a particular combination of appealing features that were well done.

That means there is no one alternative that can or will fully replace TikTok, but it also means that TikTok couldn't fully replace any of the others. Ultimately, then, a ban may mean users having to try out different options and perhaps settle for a combination of them.

Fortunately, not only are there are these five alternatives but each of them continues to develop and expand. The clearest example of this is how a feature called Stories began on Snapchat but then soon came to both Facebook and Instagram.

Whatever service you like, you can stick with that and be pretty sure that it's going to add the features that you most want from rivals.