AppleInsider
Posted: August 3, 2020 4:33PM
in General Discussion
The series, starring Ewan McGregor and Charley Boorman, is set to debut to Apple TV+ on September 18 and will follow two friends as they trek through South and Central America on motorcycles. 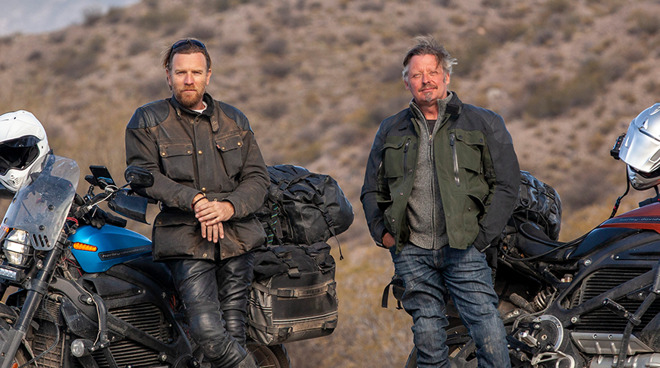 The series stars Ewan McGregor and Charley Boorman, reunited more than a decade since their last adventure around the world. They are known for their previous series, "Long Way Round" and "Long Way Down."

The pair will travel over 13,000 miles over 100 days, through 16 border crossings and 13 countries in total. Ewan and Charley will travel through Argentina, Chile, Bolivia, Peru, Ecuador, and up through Colombia, Central America, and Mexico. They will be riding electric Harley-Davidson LiveWire motorcycles to promote more sustainable globetrotting.

The first three episodes will be available on Friday, September 18, with new episodes rolling out weekly.

Apple TV+ was the first streaming service to win a Daytime Emmy Award in its launch year, earning outstanding children's or family viewing programming for "Ghostwriter" and outstanding single-camera editing for "Peanuts in Space: Secrets of Apollo 10."

Passengers of American Airlines have a new in-flight entertainment option, with Apple TV+ shows now available to view during flights, both from a passenger's mobile device and via seat-back screens for free.