AppleInsider
Posted: August 16, 2020 7:44PM
in General Discussion edited August 2020
Apple is considering the possibility of bringing iPhone manufacturing to Vietnam, a report claims, after the Cupertino company visited a factory owned by assembly partner Luxshare to check the conditions of the facility. 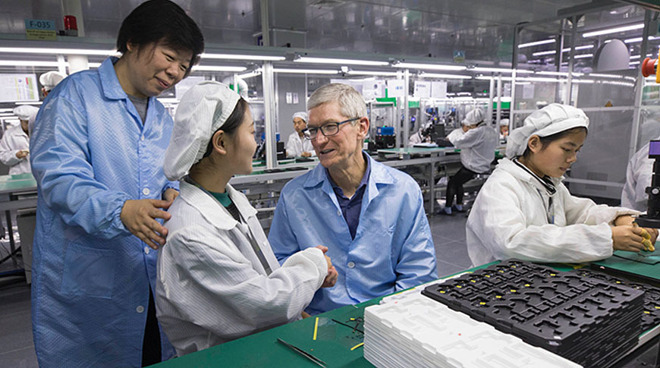 Representatives from Apple visited Luxshare over the summer to check out the facility's quick construction and viability for iPhone production, according to Luxshare Foreign Affairs Manager Tang Due Bang. Local reports cites Bang as claiming the factory in Van Trung Industrial Park was inspected to ensure it was the right scale, had the correct facilities, and the available investment capital to start iPhone assembly.

"The Apple side continually surveyed the workshop of Luxshare in Bac Giang on iPhone production conditions," said Bang. "Apple Corporation is impressed by the speed at which our fast facility is built here. At the same time, through practical research, Apple highly appreciates the potential in Bac Giang province and hard-working workers."

The facility was one of a number of Vietnam operations working for Apple that sought financial support to expand their AirPods assembly lines in December 2019, funding which Luxshare evidently attained. According to Bang, the 30-hectare factory was constructed in 5 months after Apple's request to expand production.

Luxshare's investment in the Bac Giang province is said to have reached $270 million, and while it already as 28,000 workers, it would need to swell numbers to between 50,000 and 60,000 workers if it gains approval to make iPhones.

However, part of the facility has yet to meet Apple's requirements, specifically those relating to the on-side dormitories. It is unclear what requirements Luxshare missed, but it seems to be the main thing holding back the facility from gaining Apple's approval.

Luxshare is also seeing to expand its facilities further, with two more plots outside the industrial park for more dormitories currently seeking approval for construction from the local government.

Vietnam isn't the only place Luxshare wants to use for iPhone production. In July, it purchased an iPhone plant in China from Wistron for approximately $472 million.