AppleInsider
Posted: August 20, 2020 1:54PM
in General Discussion
VMWare on Thursday announced Fusion 12, the next major update to its virtualization software with support for macOS Big Sur and a host of other changes. 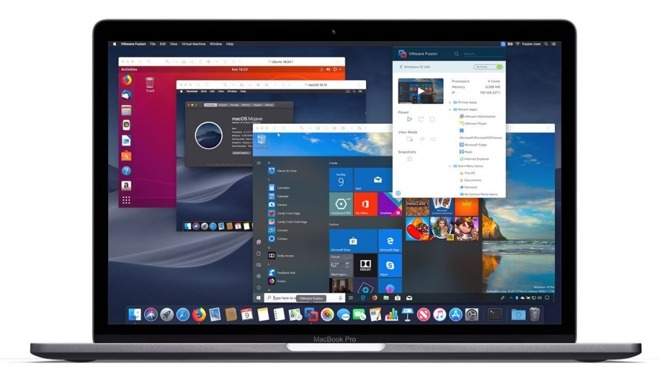 The virtualization software maker originally announced a "tech preview" of its platform in June, and suggested that a future version of its app could be compatible with ARM-based chips. Among other changes, macOS Big Sur lays the groundwork for a switch to Apple Silicon.

Fusion 12 doesn't add support for Apple Silicon chips yet, but the update phases out VMWare's use of kernel extensions by using new Apple APIs to support its containers and virtual machines. VMWare Fusion 12 will continue to use extensions on macOS Catalina, but will use the hypervisor and other APIs on macOS Big Sur -- allowing support for the operating support as both guest and host machines. Apple is also currently in the midst of phasing out kernel extensions.

Additionally, Fusion 12 introduces compatibility with eGPUs, support for DirectX 11 and OpenGL 4.1, and support for Kubernetes containers. There are also improvements in sandbox security and accessibility controls, among other changes.

The company is also changing how it charges for VMWare Fusion, opening up the base tier version of Fusion 12 to make it free for personal use. A commercial license now costs $149, or $89 as an upgrade from Fusion 10 or 11. Fusion 12 Pro will cost $199 for a new license, or $99 as an upgrade.

VMWare hasn't announced a firm release date for Fusion 12, but said that the update will debut later in 2020.