AppleInsider
Posted: August 24, 2020 8:56PM
in General Discussion edited August 2020
Apple plans to reopen some of its U.S. retail locations that it previously closed over the summer due to localized spikes of COVID-19. 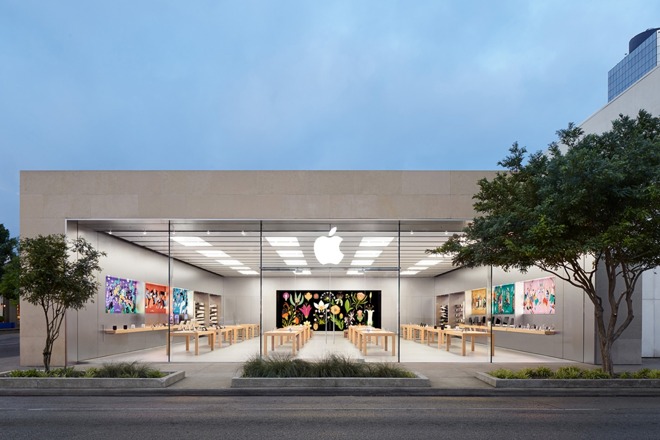 According to a Bloomberg report on Monday, Apple is reportedly informing Apple Store employees that some previously closed locations will reopen as soon as the end of August.

After initially closing all of its 270 brick-and-mortar locations in the U.S. in March, Apple began to tentatively reopen some locations in May. A spike of COVID-19 infections across many U.S. states prompted the company to once again shutter many of those Apple Stores.

The Cupertino company didn't detail which stores would reopen, but recently told retail staffers that opened locations would continue to follow local guidelines for occupancy and social distancing.

Bloomberg reported that most reopened stores will operate on an appointment-only basis for the immediate future. Apple Store locations that are open during the coronavirus pandemic have implemented precautions and policies such as temperature checks and mask requirements.

Since the start of the pandemic, Apple has reassigned retail staff to online sales and remote support positions. Recently, it told staffers that they would remain in those positions for the foreseeable future, but may return to physical retail depending on the needs of specific locations.

In a July memo to employees, Apple people and retail chief Deirdre O'Brien said that a full return to in-office work would be unlikely in 2020.