Judge 'inclined' to grant protection to Unreal Engine, not Fortnite 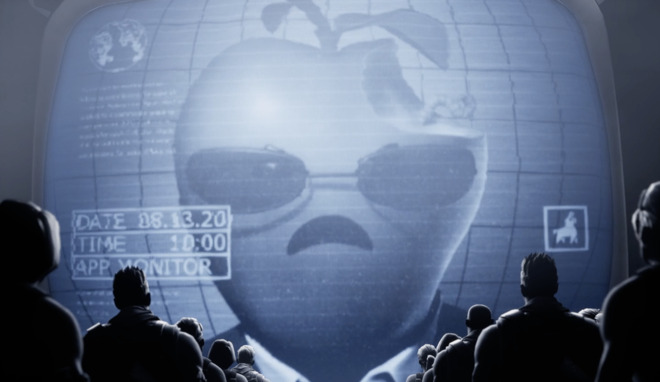 In a hearing over Zoom on Monday, U.S. District Judge Yvonne Gonzalez Rogers appeared unswayed by Epic's arguments that it was suffering "irreparable" harm from Apple's removal of Fortnite from the App Store.

"Your client created this situation," Judge Rogers told Katherine Forrest, Epic's lawyer. "In my view, you cannot have irreparable harm when you create the harm yourself."

At another point during the hearing, Judge Rogers said that Epic could remove its direct payment option and "return to the status quo" while all entities wait for a trial date in April.

In response, Forrest said that the move to implement the direct payment option was part of a broader strategy to "break the chokehold that Apple has on its payment system and the prohibition that it has on competition." Forrest added that the calculated move to force Apple's hand is protected by law, saying the company is unwilling to return to an anti-competitive contract.

Judge Rogers did appear inclined to grant a temporary restraining order to stop Apple from cutting off access to Unreal Engine, saying that its attack on that platform appeared like "an overreach." Forrest, for her part, said that developers were "fleeing" the engine because of what Apple may do.

Arguing on whether Apple was monopolistic, Epic's lawyers likened Apple's in-app purchase strategy to Expedia taking 30% of both the hotel rate and room service charges.

The ruling is the latest in a string of events triggered by Epic Games updating the Fortnite app in the App Store on August 13 to include direct payments for virtual currency to Epic itself, bypassing the App Store's payment mechanism entirely. As this is forbidden in the App Store guidelines, Apple quickly pulled the app from being available to download within hours of the update's appearance.

Later the same day, Epic filed a lawsuit against Apple, requesting an injunction preventing Apple from performing retaliatory moves, such as pulling the app from the App Store, and to allow Epic to work unimpeded by the iPhone maker. The complaint itself accused Apple of being a "technology monopolist," and largely argued against the guidelines and the exorbitant" 30% commission fee for in-app purchases.

Simultaneously, Epic launched a campaign to gain support from the public, including releasing a parody ad of Apple's famous "1984" Super Bowl commercial. Later, Epic announced an in-game tournament that provided merchandise featuring "Free Fortnite" branding and prizes including other platforms that Fortnite could be played on instead of iOS and macOS hardware.

By August 17, it was revealed by Epic that Apple had threatened to terminate all of Epic's developer accounts relating to iOS and macOS, which resulted in Epic requesting a temporary restraining order against Apple to halt the process.

Apple's filing to the court included a chain of emails between Epic and Apple executives, which seemingly confirmed the lawsuit and anti-Apple marketing campaign were prepared in advance of the app's takedown, and that the update itself was an attempt to force Apple's hand on the issue of the 30% transaction fee.

The emails also showed Epic asked Apple to give it permission to open up its own Epic Games Store on iOS, complete with its own separate payment mechanism that didn't provide Apple with its 30% cut. The store, which Apple opposes for many reasons including device security and revenue levels, was previously discussed by Epic CEO Tim Sweeney, including a suggestion in June that its own iOS app store could arrive within months.