AppleInsider
Posted: August 25, 2020 11:32AM
in General Discussion edited August 2020
German bank association Sparkasse has finally introduced support for Apple Pay to its giro card, a debit card claimed to be the most popular of its type in the country, and a major milestone for Apple's mobile payments platform. 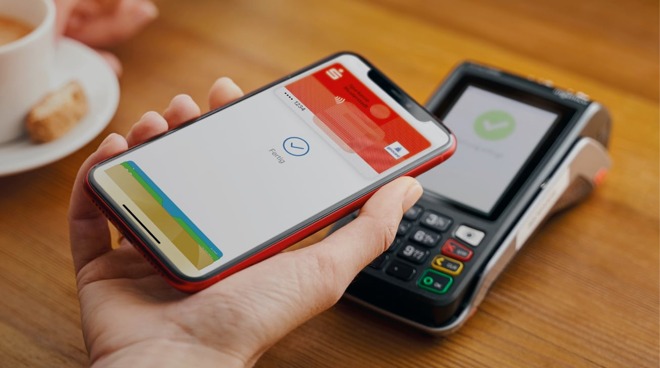 Revealed via Twitter on Tuesday, the Sparkasse has enabled Apple Pay on the giro card, the bank's debit card for people with standard bank accounts. Arriving a year and a half after Apple Pay launched in the country, the support now makes it easier for people to use their iPhones for payments via the bank.

While Sparkasse has enabled Apple Pay on accounts in the past, it wasn't via a typical debit card. Previously, the Sparkassen-Karte Basis card worked, but required users to preload the card with a balance rather than taking funds directly from the user's current account, as would be expected by a regular debit card transaction.

By using the giro card, bank customers are able to use Apple Pay directly, without the extra preload step. This brings the bank in line with many others around the world in providing debit transactions via Apple Pay from a basic bank account.

Though not available at launch, Sparkasse credit cards were enabled on the service in late 2019, allowing for credit-based Visa and Mastercard transactions to be performed. Sparkasse and Commerzbank were the main holdouts from Apple Pay's launch, with difficult negotiations delaying Apple Pay's adoption.

While some banks in the country were keen to adopt Apple Pay, it took until June 2019 for the German credit union association Volksbanken Raiffeisenbanken to agree to support it.