AppleInsider
Posted: August 25, 2020 6:29PM
in General Discussion edited October 2020
Apple is reportedly developing a "less ambitious" wireless charging device for the iPhone more than a year after the demise of AirPower. 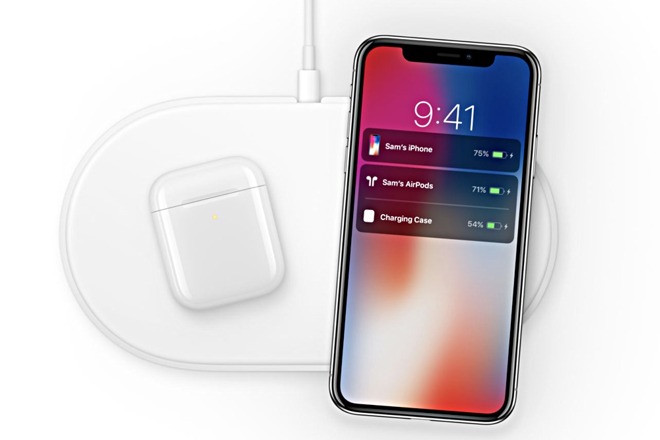 AirPower, first unveiled in 2017, was a wireless charging pad whose primary feature was the ability to simultaneously power iPhones, AirPods and Apple Watches. Apple scrapped the project in 2019, reportedly due to issues with overheating and reliability.

"More than a year after AirPower's demise, Apple is developing a less ambitious wireless charger for the iPhone," the report reads.

This isn't the first time we've heard of Apple making another foray into wireless charging. Well-connected analyst Ming-Chi Kuo in January forecast that Apple would debut a "small wireless charging mat" sometime in 2020.

There have also been reports that Apple engineers are prototyping a "new" version of AirPower.

Though details are scarce, it's likely that a future Apple-branded charger wouldn't sport the same overlapping coil design that would allow for multi-device, simultaneous charging.

In lieu of an Apple solution, other manufacturers have been attempting to fill the gap. Recently, Nomad debuted its Base Station Pro charger that features free-placement charging and support for powering up multiple devices.

And Aira, the startup mentioned in the Bloomberg report, is developing a technology dubbed "FreePower" that uses thin coils printed on a circuit board instead of traditional wire-wound coils. The result, Aira says, is a technology that wouldn't require specific placement of devices -- but also can't charge an Apple Watch.