Microsoft adds audio transcription to Word for the web

AppleInsider
Posted: August 26, 2020 12:43PM
in General Discussion
Audio transcriptions can now be completed within Microsoft Word for the web thanks to a new update available to Microsoft 365 subscribers. 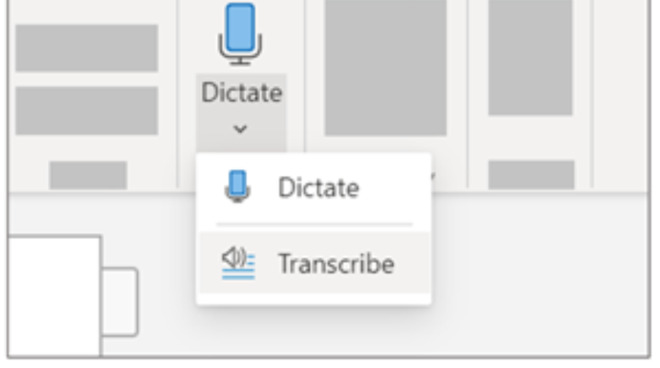 An update to Microsoft Word on the web brings new transcription features to Microsoft 365 subscribers. The new feature comes at a time when transcription is in high demand across industries and Microsoft says their technology is as good as their competitors in the space.

The new feature is limited to Microsoft Word on the web and will make its way to the app version for iOS and Android devices by the end of 2020. There is no timeline stating if or when the transcription service is coming to desktop Word.

Users can record conversations directly into Microsoft Word and have the audio transcribed once the conversation is complete. The text does not appear until the recording is finished and word takes the time to finish analyzing the audio. When using transcription on recordings made within Word users have an unlimited amount of transcription time. 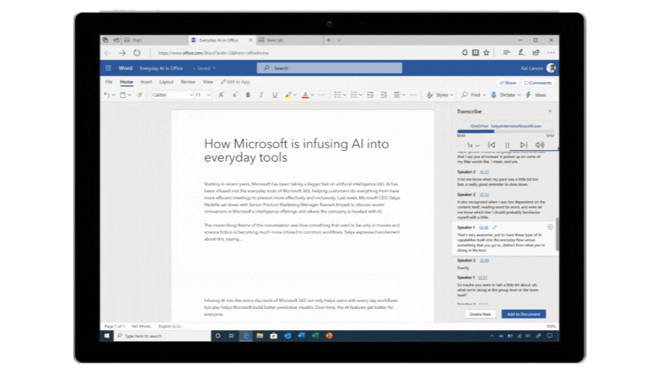 If you record using other services or want a video transcribed you can upload files to Microsoft Word on the web to have it analyzed. Using this method is slow, and can take as long as the recording itself to complete a transcription. Users can use this method for only 5 hours worth of audio per month.

The dictation feature within Word is being upgraded as well. Users will be able to give commands while dictating like "make the last sentence bold" or "start list." The new features will use natural language processing and attempt to guess the command desired without users having to memorize specific scripts. Saying the names of emoji also insert them directly into the text.

Dictate with commands will be available to all users for free when signed into a Microsoft account on mobile apps and the web. Word for desktop Windows and macOS will receive the feature in an update by the end of 2020, but it will require a Microsoft 365 subscription.

These new voice services are limited to English for now, with Microsoft promising more languages in the future. Competing products offer more versatility with offline transcription and more language support, like Otter.ai. Other services come with their own pricing plans and caveats, so Microsoft is betting on the ease of access for their more limited product to draw customers.
Sign In or Register to comment.