AppleInsider
Posted: September 2, 2020 4:17PM
in General Discussion edited November 2020
Apple is expected to release a bevy of products in September and October, and it's likely that there will be new models of AirPods at that, a later iPad launch, or just a press release announcement. Whenever it comes, this what we're expecting to get. 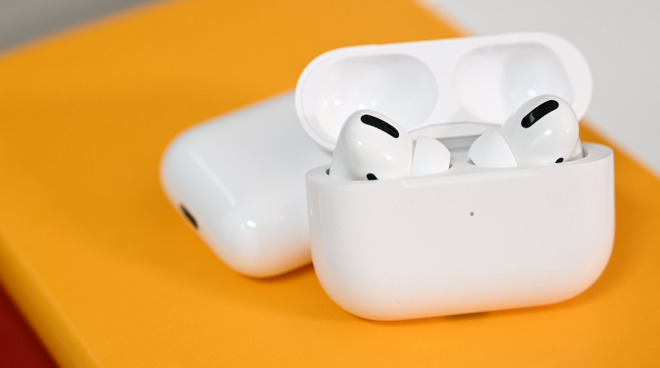 You can never really know what Apple is going to announce until it stands up there and says it, and this year you can't even be sure whether Tim Cook is going to say anything at all. Whether the new AirPods will be announced at the iPhone event or just appear on the Apple Store, though, there are certain things that seem clear.

There are going to be new AirPods, possibly premium ones but not new AirPods Pro. The line between the pro and non-pro models is going to get a little thin for a while, though, as the new models are expected to bring a similar, smaller design. With the success of all the AirPods models, it's as sure as can be that Apple will eventually make revised AirPods Pro. However, it appears most likely that these will launch in early 2021 and what's most often predicted for 2020 are a new over-the-ear premium model.

Leaker Jon Prosser says that there will be new premium headphones called "AirPods Studio," although these won't be the straight replacement for the AirPods. Prosser claims that "AirPods Studio" will retail for $349, more than the regular AirPods.

Premium versions like this have previously been rumored to be called "AirPods (X Generation)," but that was a placeholder name. Still, the device itself is set to be the first AirPods one that is worn over the ear. 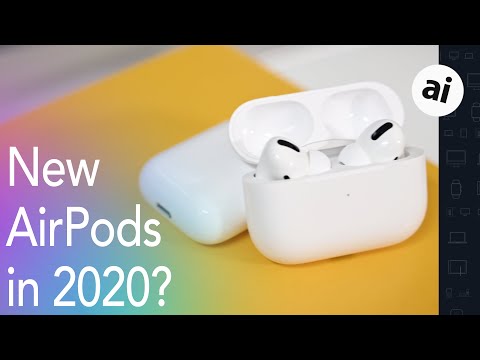 What will be new in AirPods?

Adding headphones that are worn over the ear instead of inserted in them is not only a logical extension of AirPods, it's something Apple already offers within its Beats range. The premium Beats Studio3 Wireless Headphones retail for $349.95, while the Beats Solo Pro Wireless Noise Cancelling ones are $229.95

Given the recent rebranding of Beats 1 to Apple Music 1, it's possible that an "AirPods Studio" might be just a similar renaming of these existing headphones. However, it's believed that AirPod-branded versions would also come with new features.

Specifically, it's thought that premium over-the-ear AirPods will be a modular system. The speakers in the ear cups may remain the same, but those cups could be changed for one with a higher-quality microphone, for instance.

Or in a similar way to how Apple would like Apple Watch owners to have multiple bands for different occasions, so the cups and headband could be altered at will. These headphones could come with hard-wearing leather and metal for regular use, for instance, but a sweat-resistant one for wearing during sports.

A headphone with modular parts could open up many use cases, like sweat resistant ear cups for working out, or a studio-quality microphone attachment for podcasting.

What features will new AirPods have?

Continuing with new features for premium models, it's claimed that "AirPods Studio" will feature a greater array of sensors than even the AirPods and AirPods Pro do. Specifically, the new headphones may be able to detect when they are being worn on the head or slung around a neck.

Alternatively, the headphones themselves could determine whether they've been put on the right away around, and if not, swap the stereo output so that the user hears the correct audio. That same system could swap to mono sound if a user takes the headphones off one ear but keeps it on the other.

The AirPods Pro already contain active noise cancelling (ANC) and are very effective at cutting down distracting sounds in a loud environment. "AirPods Studio" are likely to feature ANC, and they're certain to be even more effective simply because of their greater size than the tiny AirPods Pro.

Will there be inexpensive AirPods?

A premium "AirPods Studio" would sit at the top of Apple's range, above both the AirPods Pro and the regular AirPods. There is a further, persistent rumor about what's being called "AirPods Pro Lite," however.

If the name is correct then as it suggests, these new AirPods would come in the lineup between the AirPods and the AirPods Pro. As it stands, though, there isn't a clear Apple-style gap in the pricing.

Apart from the slightly out of kilter $159 of the entry-level model, that's a clear series of $50 steps from one model to the next. An "AirPods Pro Lite" coming between the $199 of the AirPods and the $249 AirPods Pro feels as if it would just cannibalize sales from both instead of creating a new market.

If Apple really wants a new market, it's more likely to produce a less expensive model, but that's not likely either. It's most likely that these "AirPods Pro Lite" are actually a replacement for something like the old BeatsX with a cord connecting them, perhaps with interchangeable tips.

For the sake of completeness, these "AirPods Pro Lite" have also been rumored to be called "AirPods X." 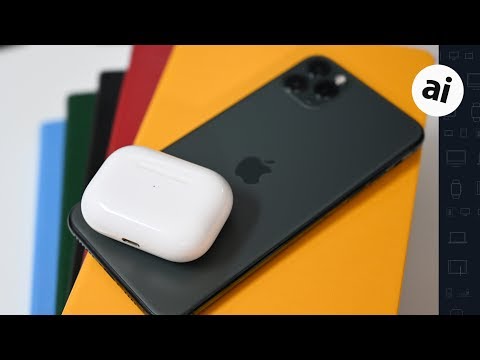 When will we get AirPods 3?

The original AirPods were revealed in September 2016 -- though you were lucky to get them before Christmas that year -- and were then updated in March 2019. That update produced what Apple officially calls AirPods (2nd generation), but are commonly referred to as AirPods 2.

Consequently the forthcoming revision is regularly known as "AirPods 3." Of all the potential permutations of AirPods products, this is perhaps the most interesting because it's updating the most popular model.

According to Ming-Chi Kuo, Apple will release the "AirPods 3" in 2021, however. They may gain the ANC of the AirPods Pro, but they're definitely expected to have a smaller physical size, perhaps similar to that of the more expensive model.

What is Apple most likely to release this year?

If you count all of the rumors, and even if you discount the possibility of Beats headphones being rebrand, Apple looks to be preparing three different sets of AirPods. We don't believe the "AirPods Pro Lite" is going to happen, at least not at the rumored price point between the AirPods and the AirPods Pro.

Even so, that means there is the "AirPods 3" to look forward to, and the "AirPods Studio" which could open up a whole new part of the market for Apple.

It's the premium "AirPods Studio" that are most often claimed to be coming before the end of 2020 and the volume of those claims is hard to deny. Yet the regular AirPods ignited this huge market for Apple, and those haven't been updated in 18 months.

As we head to the holiday season, even in this strange year that's been so affected by coronavirus, "AirPods 3" look like the most sure-fire success for Apple to bring out -- if it can.