AppleInsider
Posted: September 15, 2020 10:31PM
in General Discussion edited September 2020
Logitech has debuted a new keyboard with trackpad folio for the fourth-generation iPad Air that was announced on Tuesday. 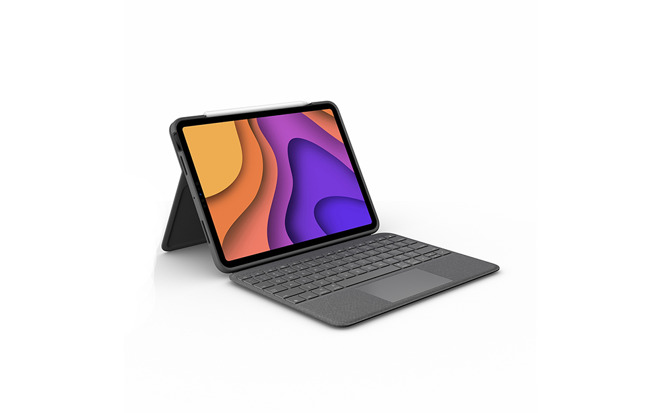 As with previous Logitech accessories, the new Folio Touch keyboard case connects to an iPad via Smart Connector and features a built-in trackpad for cursor support.

The Folio Touch supports four different viewing modes, a familiar keyboard layout, and a full row of iPadOS shortcut keys. It also features a secure magnetic latch to keep an iPad protected, and cutouts for either a Logitech Crayon or an Apple Pencil.

Logitech says that the Folio Touch will debut for $159.99 in October.

It's worth noting that the fourth-generation iPad Air supports the Magic Keyboard with Trackpad that was initially debuted for the 11-inch iPad Pro. That device, however, costs $299.