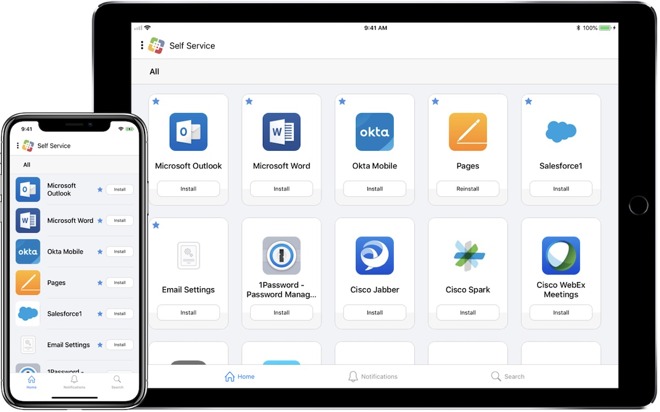 Jamf said that its entire portfolio of software products is now compatible with iOS 14, iPadOS 14 and tvOS 14. Those updates, along with watchOS 7, were released earlier on Wednesday.

The company said that, in addition to general compatibility with the new releases and updated features like a remote-learning Jamf Teacher option, its products now include key feature support such as shared iPad improvements and VPN confirmation enhancements.

For example, IT administrators can now deploy mobile device configuration profiles for Jamf-enrolled iPads, allowing a configuration profile to become available to users as they log into a device. There are also new distance education updates associated with Apple Schoolwork and Classroom.

Jamf said that same-day compatibility is also coming to macOS Big Sur when Apple releases that update later in the fall.
Sign In or Register to comment.