AppleInsider
Posted: September 23, 2020 11:24AM
in General Discussion edited September 2020
Amazon's 2020 48-hour "Prime Day" is reportedly to take place over October 13 and October 14, based on internal emails, after having been delayed because of the coronavirus. 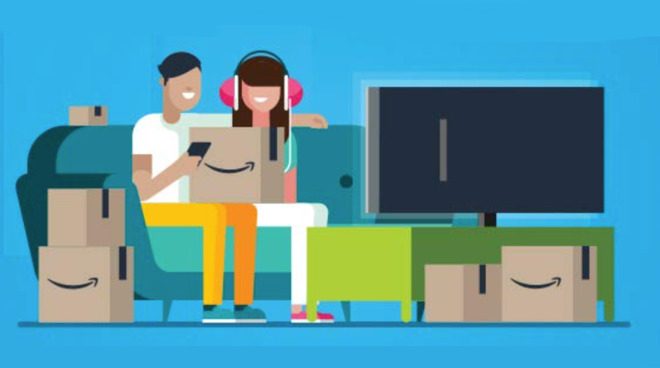 This is the fifth annual Amazon Prime Day

Having postponed its annual Amazon Prime Day from its usual spot in July, Amazon now appears to be planning to hold it for the US over Tuesday and Wednesday, October 13 and October 14. The company has held its Prime Day sales in India during August.

Amazon has not publicly confirmed the date for the sales event, however according to The Verge, a series of internal emails have included the news that it will make an official announcement on September 27. Separately, it has reportedly said that no new vacation requests will be accepted from staff between October 13 and 20.

This is the fifth year of the Amazon Prime Day event, and is expected to include many deals on Apple products. The deals are all exclusive to members of Amazon Prime, which costs $12/month. Thus far, members on Amazon Prime's 30-day free trial have been eligible too.

Note that although Amazon will formally announce the date of Amazon Prime Day, it will not detail what deals are to be available. Many items will be prominently promoted on Amazon during the event, but the sale can feature items across any of the company's very wide range of products.

To find out about both Amazon's own Apple deals, and those of third-party resellers on the site, keep checking AppleInsider. In 2019, offers included big discounts on the iPad Pro, and AirPods.
Sign In or Register to comment.