AppleInsider
Posted: September 24, 2020 2:14PM
in General Discussion
Apple has investigated methods of determining which apps get certain amounts of actual use by the user, and then allocating financial rewards to the developers based on that usage. 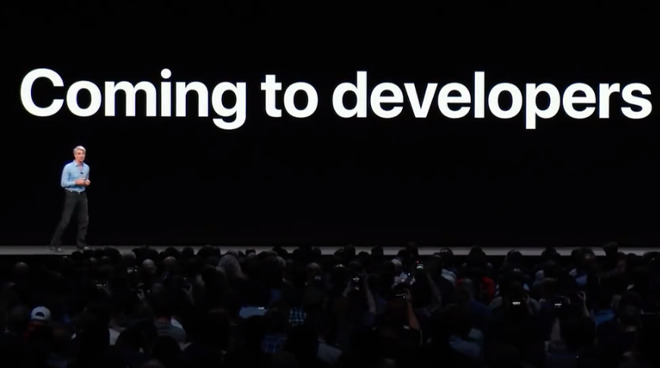 Apple isn't promising that incentives are coming to developers, but it's worked out a lot of detail

Even as Apple begins heavily promoting the Apple Developer Program, developers should not get too excited by a newly-revealed patent application about paying them incentives. Nowhere in the 9,000 words of the application does Apple definitely say it will pay money to App Store developers, nor come close to suggesting how much.

Clearly, if a user subscribes to use an app, that's a positive thing. If they then actually use the app, that's something more -- and especially so if they use it a lot. Add in them using the same app across multiple devices, and you could be a shoo-in for some incentive cash.

The ultimate aim is to reward those developers who create apps which users rely on. The more such apps there are, the more people use them, the more they will use Apple devices.

This patent application is not specifically concerned with how a developer gets a user to keep using their app. However, the aim is to engender "1) meaningful engagement with an application (e.g., a game), 2) utilizing the application on multiple device families, and 3) healthy stickiness where non-addictive types of user behavior are encouraged."

Beyond that, the patent application is entirely focused on the mechanics of determining when any given developer would earn an incentive, and then how much that incentive would be.

It manages to do all of this without once mentioning money because instead it centers on the idea of there being a "fixed incentive pool." Someone, presumably Apple, sets up that pool, and then follows a mixture of thorough and tortuous rules to determine who gets what share of it.

Apple says the pool might be set up for a year, though clearly just as an example. It then says the job entails "determining the set of values corresponding to respective allocation amounts for the first and second subsets of the set of applications."

Detail from the patent showing how app usage could be tracked

This business of first and second subsets of an application is to do with the situation where you're running the separate iPhone and iPad versions of the "same" app. Then there are issues around exactly how long you use it for, and then whether that time increases.

"The threshold for each qualified usage event over the Y period of time may be set by a server and provided to the user devices that use the applications developed by the developers," says Apple. "For example, a qualified usage event may be a certain amount of time of engagement with an application, such as one minute, 10 minutes, 30 minutes, one hour, or any amount of time."

So based on users passing certain usage "thresholds" -- presumably set by Apple -- and doing so in certain ways over certain times, developers could get paid.

Again, there's no detail of cash rewards, nor of where that money will come from, other than there being an unspecified amount in a fixed pool. The patent application does, though, get in to how that pool would be divided.

It's possible that this is being used for Apple Arcade developers right now. However, any attempts that we have made for the last year to discuss compensation has been rebuffed by the developers.

The patent application is credited to four inventors, only one of whom appears to have prior patents or patent applications. Dana J. Dubois has previously been credited on a patent to do with making buying recommendations to users.